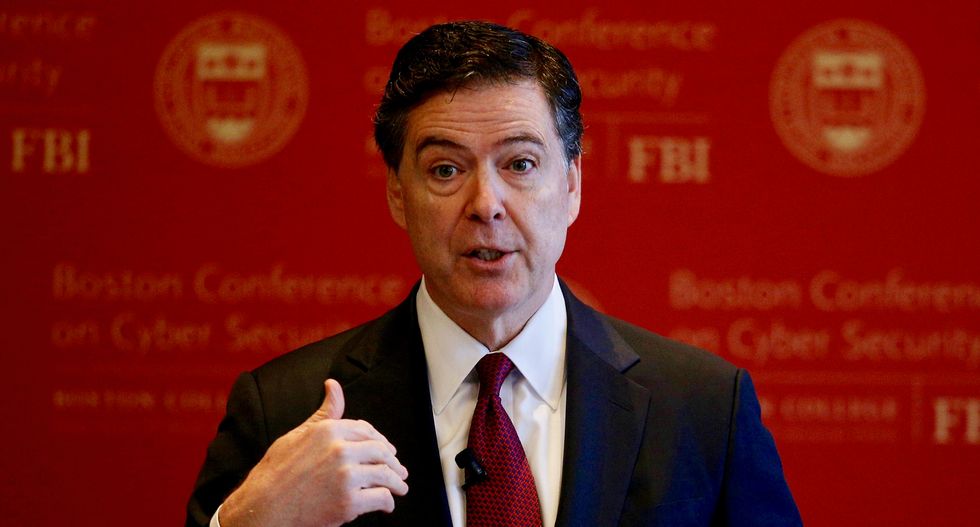 A new report reveals that former FBI Director James Comey called for a major boost in resources for his agency's probe into Russian involvement into the 2016 presidential election just days before being fired.

Three sources tell the New York Times that Comey recently asked the U.S. Department of Justice for "a significant increase in money and personnel for the bureau’s investigation into Russia’s interference in the presidential election."

According to the Times' report, Comey's request was made to Deputy Attorney General Rod Rosenstein, who was the man who recommended to President Donald Trump this week that Comey be fired. After his meeting with Rosenstein, Comey also reportedly briefed members of Congress on his request.

CNN reporter Sara Murray, meanwhile, reports that Sens. Richard Burr (R-NC) and Mark Warner (D-VA) had recently urged Comey to "speed up" the FBI's Russia investigation., and that Comey was fired just "one day" after asking Rosenstein for more resources.

Revelations about Comey's desire for more resources on the Russia probe comes on the same day that Trump met with Russian government officials in the Oval Office, including Russian Ambassador Sergey Kislyak and Russian Foreign Affairs Minister Sergey Lavrov.

The Justice Department has officially denied that Comey requested more resources for the probe in the days leading up to his firing.