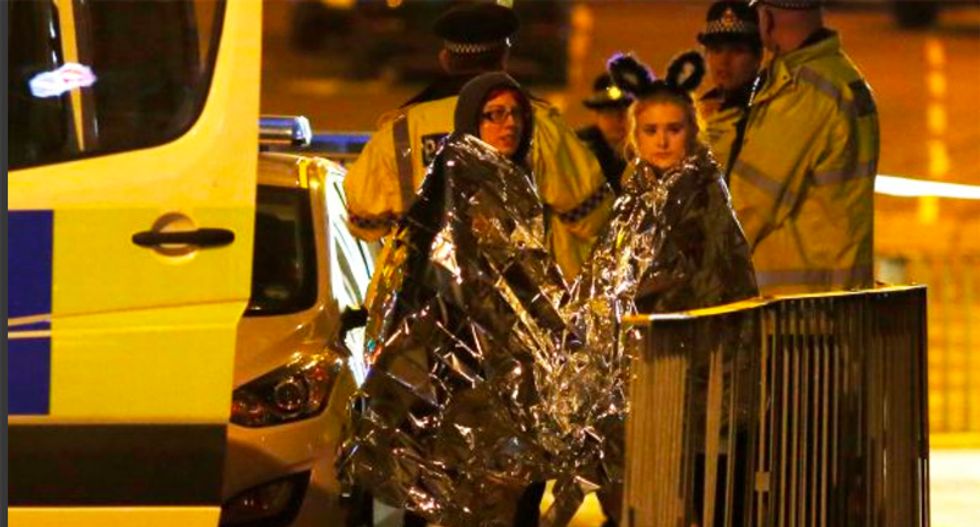 At least 19 people were killed in a blast at a concert in the English city of Manchester on Monday where U.S. singer Ariana Grande had been performing and two U.S. officials said a suicide bomber was suspected in the explosion.

British police said the incident, in which at least 50 people were injured, was being treated as a terrorist incident. Police carried out a controlled explosion on a suspect device several hours after the blast.

Police said they responded to reports of an explosion shortly after 10:35 pm (2135 GMT) at the arena, which has a capacity for 21,000 people, and where the U.S. singer had been performing to an audience that included many children.

If confirmed as a terrorism incident, it would be the deadliest attack in Britain by militants since four British Muslims killed 52 people in suicide bombings on London's transport system in July 2005.

The blast also came two and half weeks ahead of an election in which Prime Minister Theresa May is predicted by opinion polls to win a large majority.

A witness who attended the concert said she felt a huge blast as she was leaving the arena, followed by screaming and a rush by thousands of people trying to escape the building. A video posted on Twitter showed fans, many of them young, running from the venue.

"We were making our way out and when we were right by the door there was a massive explosion and everybody was screaming," concert-goer Catherine Macfarlane told Reuters.

"It was a huge explosion - you could feel it in your chest. It was chaotic. Everybody was running and screaming and just trying to get out."

A spokesman for Ariana Grande, 23, said the singer was "okay".

Manchester Arena, the largest indoor arena in Europe, opened in 1995 and is a popular concert and sporting venue.

Britain is on its second-highest alert level of "severe" meaning an attack by militants is considered highly likely.

British counter-terrorism police have said they are making on average an arrest every day in connection with suspected terrorism.

In March, a British-born convert to Islam plowed a car into pedestrians on London's Westminster Bridge, killing four people, before stabbing to death a police officer who was on the grounds of parliament. He was shot dead at the scene.