Can you guess why SNL's 'Where in the world is Kellyanne Conway?' kid's game show hilariously fizzles? 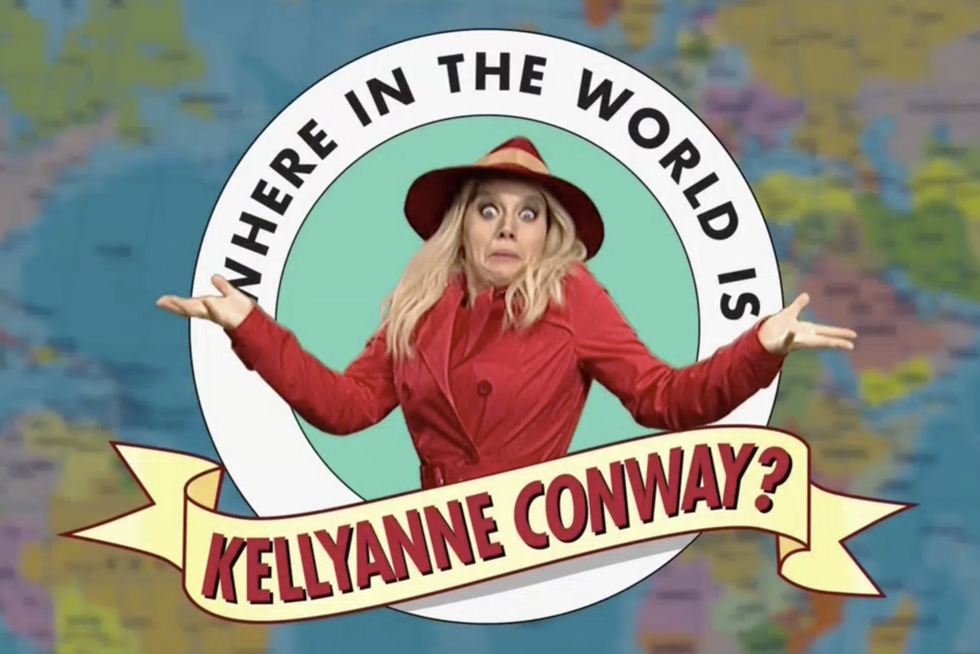 Where in the world is Kellyanne Conway? (Screen shot)

"She hasn't been seen in weeks, no one knows where she is or what she's been up to," said Sasheer Zamata as the host of kid game show "Where in the World is Kellyanne Conway?"

The show's theme song featured the lyrics, "She used to be on TV on like every single panel/And one day we all woke up and she was no longer there."

The show's two child contestants were led onstage, introduced and asked, "Okay, are you kids ready to find Kellyanne Conway?"

"Uh," one of the contestants said, "we don't really want to find her."

"Well, I guess that's our show!" the announcer said. "Seven weeks in a row and no one wants to find that woman!"