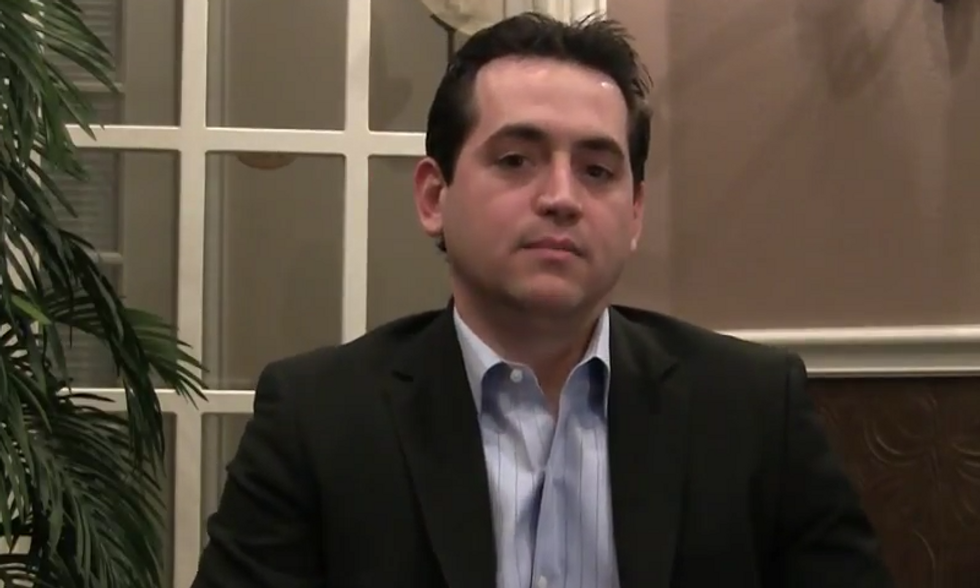 A fight broke out among lawmakers at the Texas State Capitol on Monday after a Republican representative responded to people protesting recently passed immigration legislation by calling Immigration and Customs Enforcement to come round them up.

Several local reporters on the scene in Austin bring word that shoving broke out among lawmakers on Monday afternoon after Texas Republican Rep. Matt Rinaldi told a group of Latino lawmakers that he called ICE on the protesters, who were on hand to protest the passage of SB4, an anti-sanctuary cities bill that will go into effect in September.

"Things getting a little heated on Texas House floor with reps pushing each other," reported KVUE's Ashley Goudeau. "Rep. Cesar Blanco tells us the scuffle was because Rep. Matt Rinaldi told a group of Hispanic Reps he had just called ICE on all the protesters."

Things getting a little heated on the @TexasHouse floor with reps pushing each other. The parliamentarian stepping… https://t.co/ZEXVsFxqCb
— Ashley Goudeau (@Ashley Goudeau) 1496074054.0

Rep @CesarJBlanco tells us the scuffle was b/c @MattRinaldiTX told a group of Hispanic Reps he had just called ICE… https://t.co/qcMcrFESwG
— Ashley Goudeau (@Ashley Goudeau) 1496074450.0

Per Garrett, Rinaldi also says that he rebuked his Democratic colleagues for allegedly inciting an "illegal" protest of SB4.