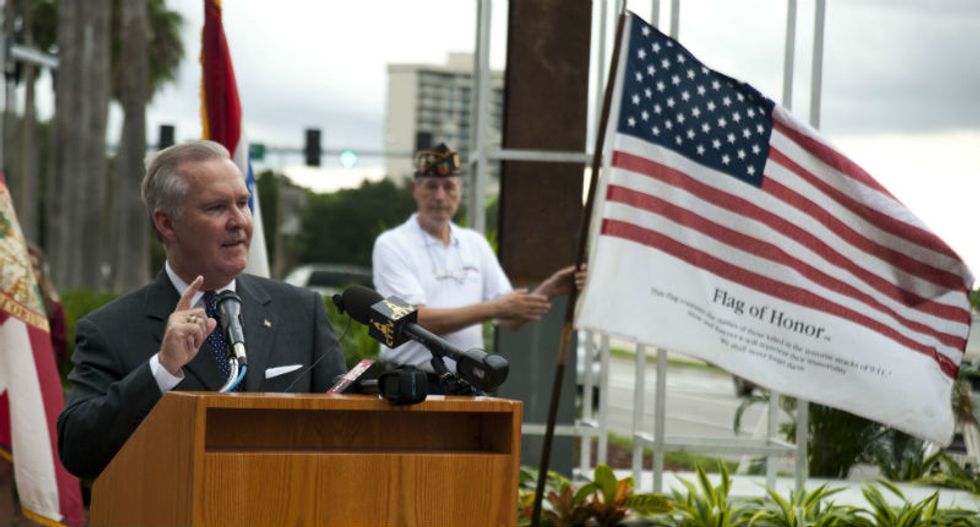 When Tampa, Florida Mayor Bob Buckhorn made jokes about pointing huge machine guns at journalists and making them "cry like little girls," he likely didn't realize that many of the journalists in the audience at the military convention he was speaking at had already had guns in their faces.

According to a report by the Tampa Bay Times, Buckhorn's joking statement about pointing two 50 caliber machine guns at journalists to make them cry has angered journalists who have been at the other end of the barrel.

Susan Katz Keating, a freelance journalist who was threatened with firearms while covering Northern Ireland in the 1980's, said she was "appalled" by Buckhorn's comments in a post on the "Military Reporters & Editors" Facebook page. The social media-led group has roughly 300 journalist members.

Kim Dozier, a Daily Beast reporter on national security, experienced her share of wartime fire while working as an embedded journalist in Iraq -- and she said the mayor's comments were difficult to stomach based on her experiences.

"As someone who had been under fire once or twice, and lost two colleagues to a car bomb in Iraq that nearly killed me, I didn’t appreciate the remarks,” Dozier told the Tampa Bay Times. “The mayor probably didn’t realize how many of the reporters in the room had risked their lives to bring Americans the story of U.S. troops in the field, including veterans-turned-journalists with prior special ops service.

“And so the first place I point that gun is at the media,” Buckhorn, who was an early supporter of Hillary Clinton for president, said at his address. “I’ve never seen grown men cry like little girls, for when that gun goes off those media folks just hit the deck like no one’s business. It’s great payback. I love it.”

In the fallout from his remarks, Buckhord reportedly said the backlash was "a silly reaction".