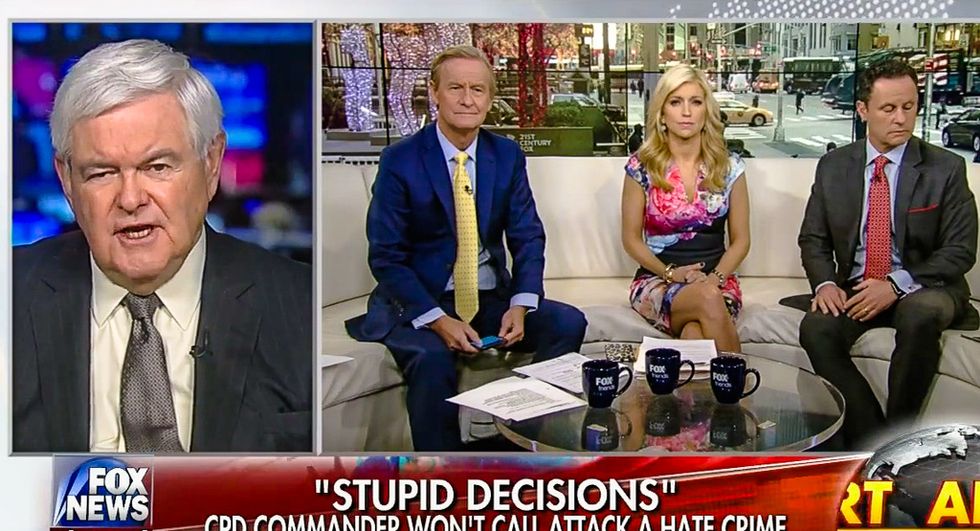 Another day, another major ouster at Fox News.

Two of Gabriel Sherman's sources claim that Fox News co-president Bill Shine was relieved of his duties as of Monday morning.

Shortly after the New York Magazine reporter broke the news on Twitter, 21st Century Fox CEO Rupert Murdoch put out a statement confirming Shine's resignation. In addition to Shine's resignation, Murdoch also announced that Suzanne Scott would be taking over as the president of programming, while Jay Wallace would take over as president of news.

One source tells Sherman that several women at Fox in recent days started circulating a petition that called for Shine to be fired. Fox's on-air talent is apparently stunned by the news, and one Fox host tells Sherman that they have "no idea what's going on."

Sherman also notes that Shine was former Fox News boss Roger Ailes' "righthand guy," who was "involved in carrying out Ailes's attacks on enemies, including instructing Fox talent to go after me."

Last week, Fox host Sean Hannity reacted with alarm to news that Shine might soon be on his way out the door, and even claimed that his firing would be "the end of Fox News as we know it."