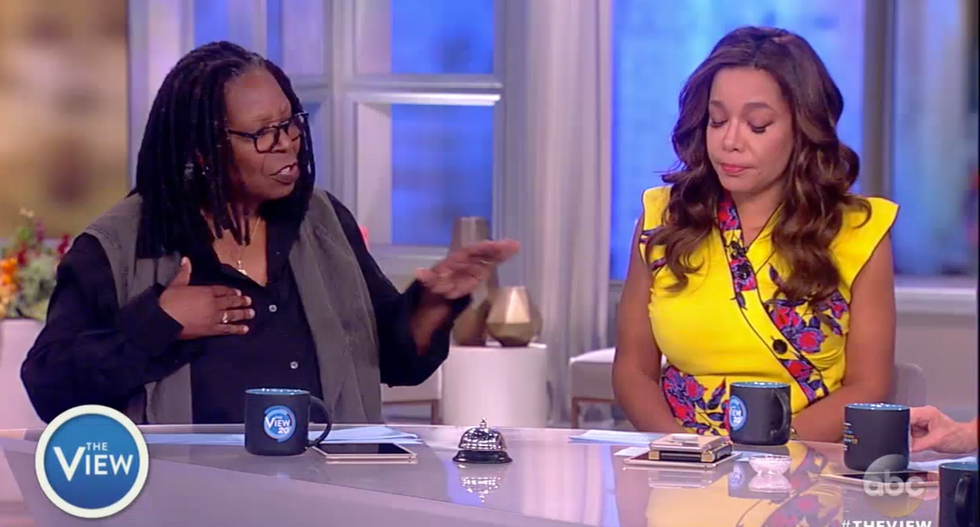 The host of “The View” on Tuesday erupted over news that Donald Trump revealed classified information to the Russian ambassador and Russian foreign minister during an Oval Office meeting last week.

“Another day, another example of why you just cannot make this stuff up,” Whoopi Goldberg said. “When Russian officials visited the White House last week, the new guy decided, ‘Hey, I’m going to share some classified information with them!’”

“They used to have to hack us,” Sara Haines joked.

“I don’t think the people who created our government expected to have a blabbermouth in the White House,” Goldberg continued, later adding they “expected the president to have the wherewithal to not say something like that to the so-called enemy.”

Sunny Hostin noted that the intelligence Trump shared related to ISIS and a plot involving the pending European laptop ban, arguing that because of the president’s failure to contain classified information, every time she puts her children on a plane she is risking their safety.

“I am scared to death now,” Hostin said.

“When you give people information that they would not normally have … it endangers everyone,” Goldberg added.

“It’s dangerous to all of us,” Hostin said, later adding, “all of us are in danger.”

“He can’t help himself, he wants everyone to love him, to like him,” Joy Behar said. “He’s a man-baby.”