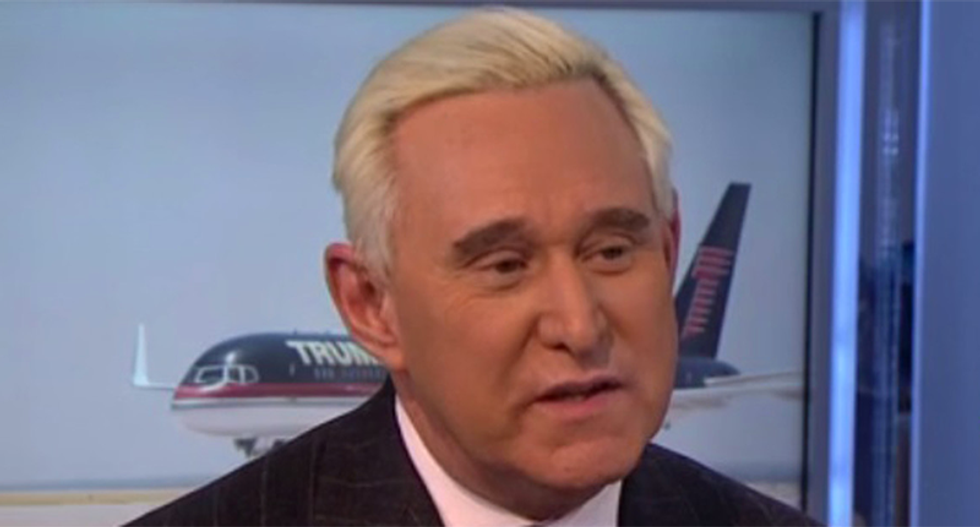 But with some suggesting that the controversial politico is somehow the "Forrest Gump of politics," and a BuzzFeed profile about a journalist who spent years working for Stone, Twitter has exploded with criticisms.

The response seems to have been orchestrated by journalist Eric Boehlert, whose work about Stone on at Media Matters exposes the documentarian as a bigot and a shock jock.

"I mean, talk about a feel-good character!" Boehlert tweeted with a screencap of a headline that describes slur-filled tweets Stone has posted.

That Stone continues to plug conspiracy theories about the murder of DNC staffer Seth Rich when even Fox News' Sean Hannity (the biggest figure promoting the conspiracies) stopped discussing it is another reason some social media users refuse to see Stone as a Gump-like figure.

"Give it a rest Roger," one Twitter user responded to Stone's tweet about the Rich murder on Wednesday.  "Didn't your mother teach you manners? His family is grieving and y'all are rubbing salt in the wounds."

Read some of the best responses to Stone as a "feel-good" figure below.