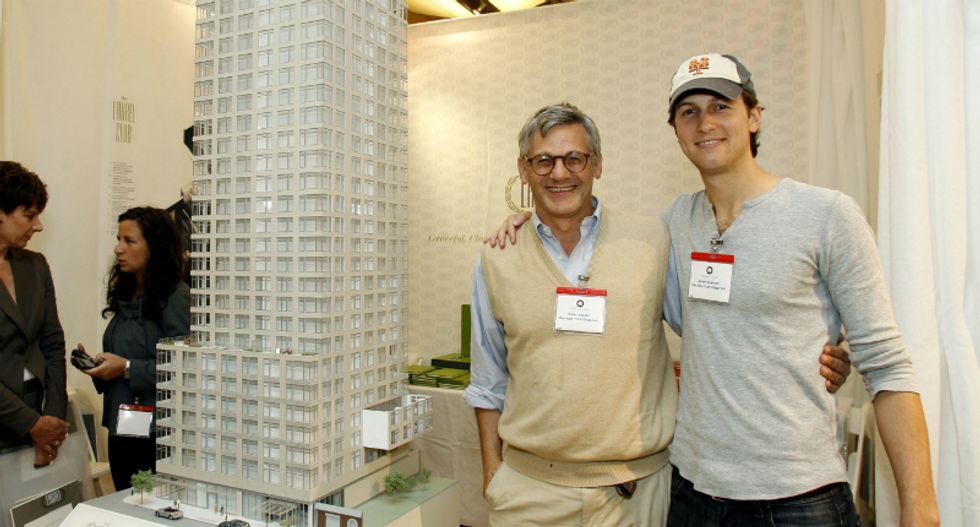 Among the flurry of articles surrounding President Donald Trump's adviser and son-in-law Jared Kushner, one of the less headline-grabbing stories centers on some of Kushner's more unsavory business practices at the helm of his family's real estate company.

Those stories got a boost with a new Washington Post report that details how Kushner utilized a legal loophole that critics compare to gerrymandering to apply for a federal program that saved him $50 million on his company's luxury condos in Jersey City, New Jersey, just across the Hudson River from Manhattan.

The EB-5 visa program Kushner and his business partners used to build the luxury towers at 65 Bay Street on the Hudson River waterfront "made it appear that the luxury tower was in an area with extraordinarily high unemployment, allowing Kushner Companies and its partners to get $50 million in low-cost financing through the EB-5 visa program," according to the Post's Shawn Boburg.

"At the same time," Boburg wrote, "they excluded some wealthy neighborhoods only blocks away."

The loophole, which developers have reportedly used before, is legal, but "prominent members of both parties say has been plagued by fraud and abuse." The Trump administration is considering legislation that would make EB-5 gerrymandering harder, and Kushner has reportedly said he'd recuse himself from the decision once it reaches the president's desk.

The EB-5 program allows "wealthy foreigners" to get "a fast-track residence visa by investing at least $500,000 in a project in a 'targeted employment area,'" the Post report said. "To qualify, the area must have an unemployment rate 1.5 times the national average. For developers, the terms of the investment are more favorable than a bank loan."

Kushner Companies (which the president's son-in-law stopped working for once he joined the Trump administration) is reportedly trying to utilize the EB-5 program for yet another luxury property in Jersey City, this time to raise $150 million in the Journal Square neighborhood.

Read the entire report on Kushner's real estate gerrymandering via the Post.