'Nobody should want to help a pimp': Texas Dem gives GOPers righteous 'cuss out' for blocking trafficking bill 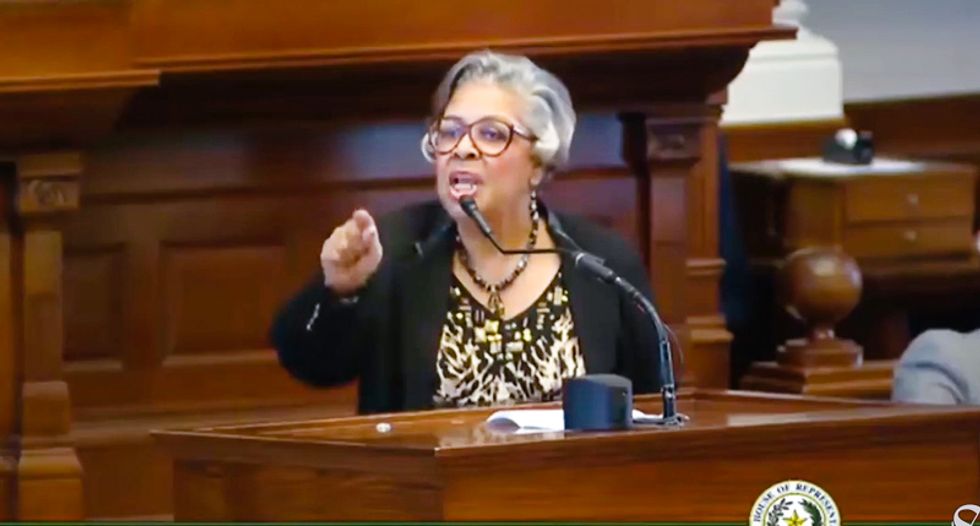 Texas state Rep. Senfronia Thompson (D) said that she gave her Republicans colleagues a "cuss out" this week after they derailed a bill aimed at curbing human trafficking.

The Austin Statesman reported that Thompson explained in a fiery speech on the House floor that several Republicans had asked that her bill be removed from the Local and Consent Calendar without first speaking to her.

She said that the Republican lawmakers had complained that House Bill 2629, which would require beauticians to be trained in spotting human trafficking, would create a new "mandate."

“Now I’m going to tell you something," Thompson said. "I cursed out several members that was on that list. I used some bad words to them. I apologize for the bad words if any of y’all heard them. I don't apologize to them."

"There are some things that you've got to mandate," she continued. "Wouldn't you want somebody to rescue your child? Wouldn't you want it? I want it. And how many of you in here want to help the pimp?"

"Nobody in this body should ever want to help a pimp traffick a kid or a woman in this state! Nobody should!"

Noting that she is a Christian, Thompson said that she is "on a mission to do the will of God."

"And it does not mean protecting a pimp," she insisted. "It means that I am going to protect and do everything possible for the victim and the voiceless and those who need help."