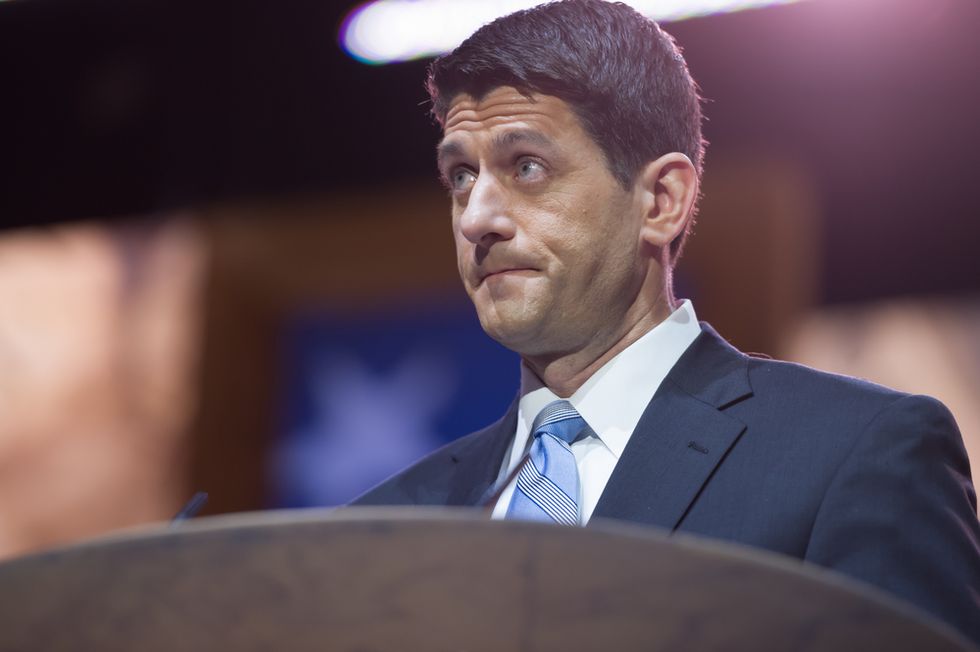 Moderate and far-right Republicans dislike parts of the so-called "Trumpcare" bill that the U.S. House of Representatives is set to bring to a vote on Thursday -- but they plan to vote for it anyway in hopes that the Senate will change it or strike it down.

The party so desperately needs a political win of some kind, Politico said, that they're ready to vote on "a bill that will not make it to the president's office" in order to pantomime the process of striking down the Affordable Healthcare Act -- former President Barack Obama's signature domestic policy achievement -- and score political points with their base.

"We like the fact that it [the ACA] needs to be repealed," said Scott Reed, chief strategist at pro-business lobbying group the U.S. Chamber of Commerce -- when asked whether they support the legislation. "... We need to move the process forward."

“This thing is going to go to the United States Senate. It’s going to change in my view,” said Rep. Tom Cole (R-OK) to NPR. “At some point you just have to move, and we think this is it. This will create some momentum.”

The American Medical Association (AMA) and U.S. hospitals have spoken out against the the Republican bill, which stands to strip away coverage from more than 24 million Americans.

In the process of selling the American Healthcare Act (ACHA) to Congress, House Speaker U.S. Rep. Paul Ryan (R-WI) and White House officials have assured House members that the Senate version of the bill will look very different than the bill they intend to put to vote on Thursday.

"We have to have a win on this," one White House official told Politico. "We don't have a choice."

"The problem is they're voting on a bill that will not make it to the president's office,” said Joe Antos -- healthcare director for conservative think tank the American Enterprise Institute. He conceded, however, that Thursday's vote could be a starting point, saying, “It could facilitate some bill making it to the president's desk.”