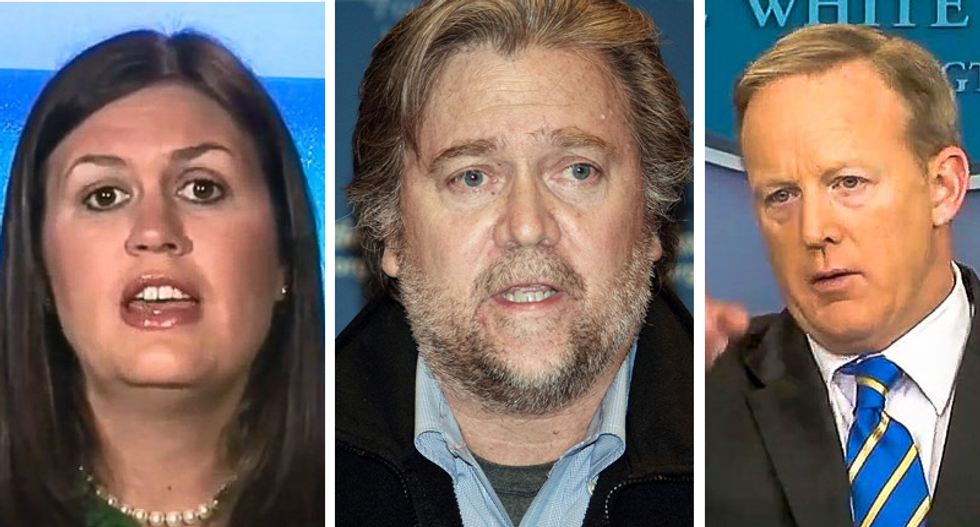 According to BuzzFeed’s Adrian Carrasquillo, the officials walked into the Cabinet Room of the White House shortly after news broke that Donald Trump revealed classified information to the Russian ambassador and Russian foreign minister during a closed-door meeting last week.

Shortly after the meeting, Sanders told the press corps that the White House would not comment on the report further. The administration has denied the Washington Post report. During an emergency press conference Monday, National Security Adviser H.R. McMaster insisted, “The story that came out tonight as reported, is false.”

He added the president never revealed sources or methods, but did not address the issue of revealing classified information.

The heated exchange comes after Sanders spent last week filling in for Spicer at the daily press briefings. Trump last Friday floated cancelling those briefings “for the sake of accuracy,” arguing “it is not possible for my surrogates to stand at podium with perfect accuracy.”