Sean Spicer blames Obama for having grudge against Flynn: 'Obama made it known that he wasn't exactly a fan' 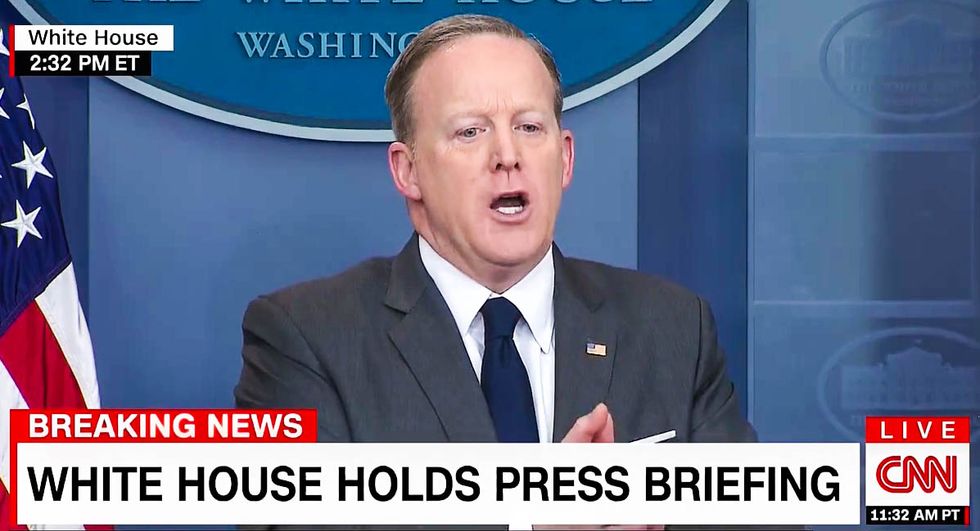 NBC News first reported on Monday that Obama contacted Trump "less than 48 hours after the November election" and advised him against hiring Flynn.

At Monday's White House press conference, Spicer dismissed Obama's warning, arguing that the former president is "not a fan" of Flynn's.

"It's true that President Obama made it known that he wasn't exactly a fan of Gen. Flynn's," Spicer explained. "Which shouldn't come as a surprise given that Gen. Flynn had worked for President Obama, was an outspoken critic of President Obama's shortcomings, specifically related to his lack of strategy confronting ISIS."

"The question you have to ask yourself is if President Obama was truly concerned, why didn't he suspend Gen. Flynn's security clearance which they had just re-approved months earlier. Additionally, why did the Obama administration let Flynn to go to Russia for a paid speaking engagement and receive a fee? There are steps they could have taken if that was truly a person that [didn't just] have bad blood."