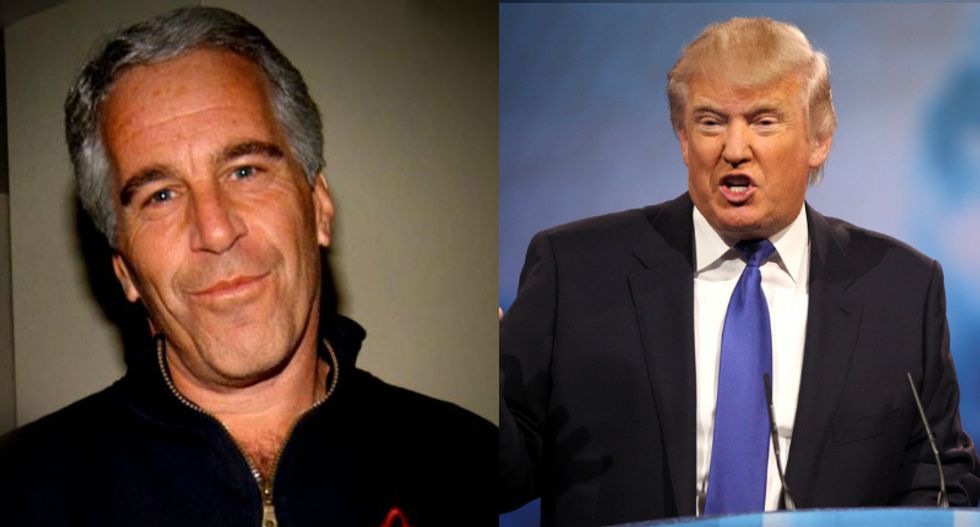 Last fall's allegations of sexual assault against President Donald Trump failed to stop his presidency, but one of the more explosive of those allegations is once again making headlines.

POLITICO reported that a new lawsuit reveals details linking Trump to billionaire pedophile Jeffrey Epstein, a convicted sex offender. The reports indicate that one lawsuit contains information about Virginia Giuffre who alleges that she met Epstein while working as a towel girl at Mar-a-Lago when she was 15 before being recruited into "sexual slavery".

Giuffre's case is set to appear before a judge on May 15, and although her accusations against Epstein have been public for some time, this is the first time the detail about her employment at Mar-a-Lago has been included.

Last summer, the Trump-Epstein connection made headlines when Trump was slated to win the Republican nomination, and just before the election, a woman came forward alleging that Trump raped her when she was 13 at one of Epstein's parties -- only to drop suit a few days later.

In 2015, Trump lawyers denied claims of the then-candidate's involvement with Epstein by saying their only relation was that Epstein was "one of thousands of people who has visited Mar-a-Lago".  Those claims that fly in the face of a 2002 New York Magazine interview in which Trump claimed to have known Epstein for 15 years.

"He’s a lot of fun to be with. It is even said that he likes beautiful women as much as I do, and many of them are on the younger side. No doubt about it — Jeffrey enjoys his social life," Trump told reporters.