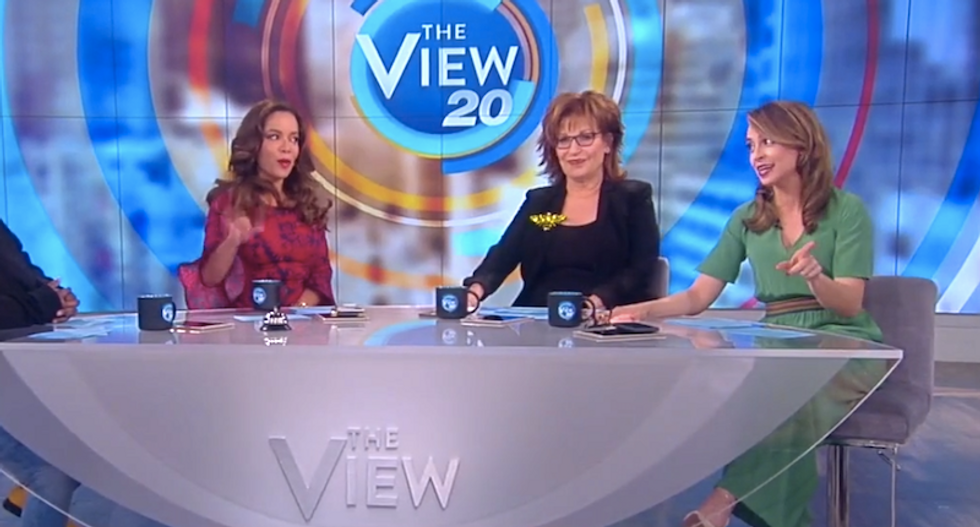 Panelists on "The View" ridiculed President Donald Trump after video appeared to show his wife, Melania, rejecting his attempt to hold hands after disembarking Air Force One in Israel.

The video shows Trump reach out for the first lady's hand, but Melania Trump appears to slap away his hand as they walked along a red carpet on arrival in Tel Aviv.

"There may be no peace in the Middle East between the two of them," said "View" co-host Whoopi Goldberg.

The audience roared with laughter as they watched the video, and the panelists agreed they could watch it over and over.

Behar pointed out that Trump is frequently seen walking ahead of his wife getting into and out of planes, and the panelists agreed he had been coached before the Mideast trip to publicly behave more like a gentleman toward his wife.