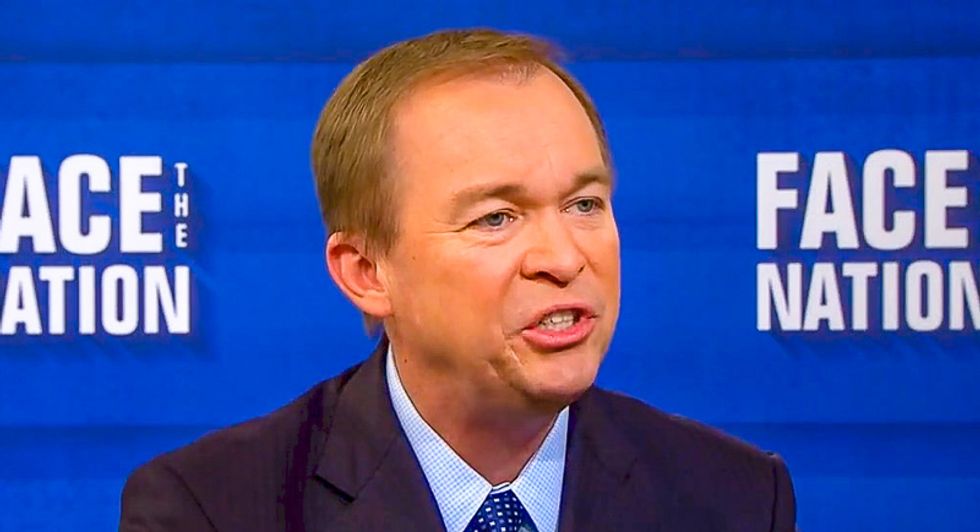 Office of Management and Budget Director Mick Mulvaney on Sunday defended President Donald Trump's call for a "good" government shutdown, and argued that it would help keep the president's promise to "drain the swamp" in Washington, D.C.

During an interview on Face the Nation, host John Dickerson noted that Trump had taunted Democrats earlier in the week by suggesting he would architect a "good shutdown" to punish them for claiming victory in recent budget negotiations.

"I think the president is frustrated that the process in Washington is broken," Muvaney opined on Sunday. "What we did this week was fine and passable but not ideal. The spending process -- Congress using the power of the purse -- has been broken here in Washington for more than 10 years."

"And I think a good shutdown would be one that could help fix that," he continued. "It's part of that whole drain the swamp mentality about Washington, D.C."

"This president is willing to do things differently and think outside the box, and if that comes to a shutdown in September, so be it."