‘That’s all he wanted’: Devout Catholic Sean Spicer gets cut from Trump’s visit with Pope Francis 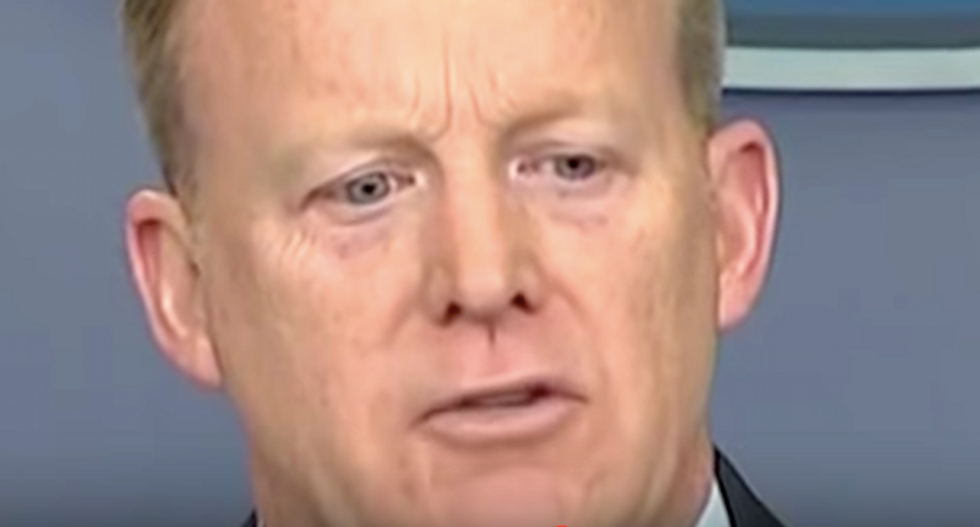 In what some are taking as an ominous sign regarding his job security, President Donald Trump's White House Press Secretary Sean Spicer was not asked to attend Wednesday's meeting between the president's delegation and Pope Francis.

Both the Vatican and the Trump delegation were asked to limit the number of personnel attending the half-hour meeting in the Vatican's Apostolic Palace. Non-Catholic members of the traveling group gave up their spots to that Catholic staffers could meet the pontiff.

Politico quoted a Spicer interview about his faith during the presidential transition in which he said, "I’m going to look to God every day to give me the strength to do what’s right. That’s all you can ask for is to get up and say, 'Can I do this thing?' Help guide me and ask Him for strength.”

This makes it doubly curious that Spicer did not attend. Last year, Spicer told members of the media that he was giving up alcohol for Lent. He also attended a press briefing one Ash Wednesday with a smudged, sooty cross on his forehead, an ancient Catholic observance during Holy Week.

Rumors have flown for weeks that Spicer could be the next high-profile member of the Trump administration to lose their job. Melania Trump is reportedly especially eager to have Spicer gone at the end of the current international trip.

It seems needlessly mean, however, to deny Spicer what could be his single chance to meet a sitting Pope.

CNN reported that when reporters asked one administration source about Spicer's absence from the delegation visiting the Pope, they were completely taken aback at the slight. Spicer remarked before the trip that he was excited to meet Pope Francis.