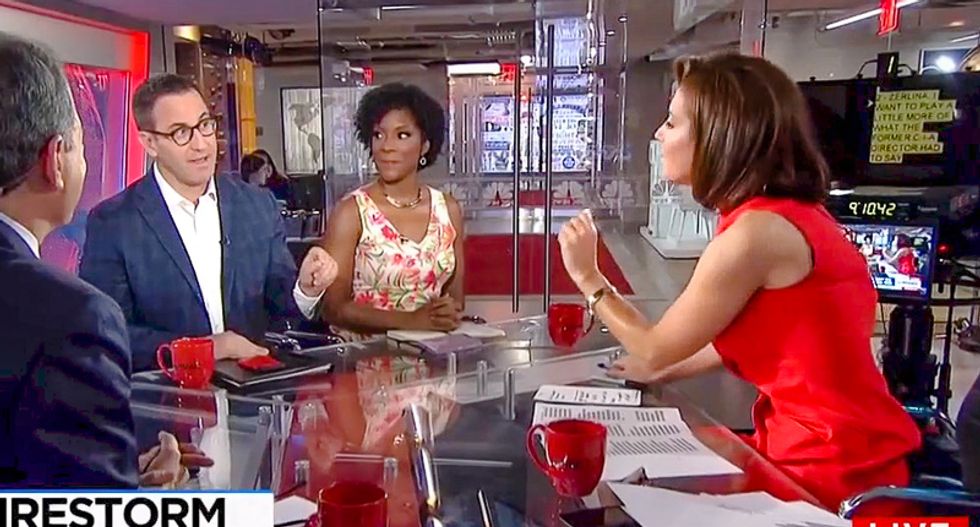 During an MSNBC panel discussion about the Trump campaign's possible collusion with Russia, Ruhle asked Ryun if he had been swayed by the testimony of former CIA Director John Brennan, who said that he was aware of contacts between Trump associates and Russian agents.

"Nope," Ruhle interrupted. "You're not going to be able to sit here and say there will never be evidence because you don't know that."

"I guarantee there's not going to be evidence," Ryun insisted. "I know that frustrates you."

"It doesn't frustrate me," Ruhle replied. "To be honest, I find it irresponsible to simply be able to say, 'Mike Flynn was just a bad hire.' The president continues to never say anything bad against Vladimir Putin."

"Hold on!" Ruhle shot back. "How can you say, 'Mike Flynn was just a bad hire? Trump's never said anything about Putin, but I know there's no evidence.' How do you add those up?"

Later in the hour, panelist Richard Stengel brought up the subject of impeachment.

"Hey, Ned," Ruhle quipped. "Do you want my list of 'oh my goshes'? Because it's a lot longer than the word impeachment."

"Democrats -- Maxine Waters is one -- are getting themselves so worked up," Ryun complained.

"Ned, we don't have to talk about Maxine Waters calling for impeachment," Ruhle concluded. "If you're highly offended by these 'oh my goshes' then I am so sad that we only have an hour. Because if you want my list of 'oh my goshes', it started 18 months ago."

Watch the videos below from MSNBC.