'They get along unbelievably well': Trump abruptly claims Israel and Palestinians 'work together beautifully' 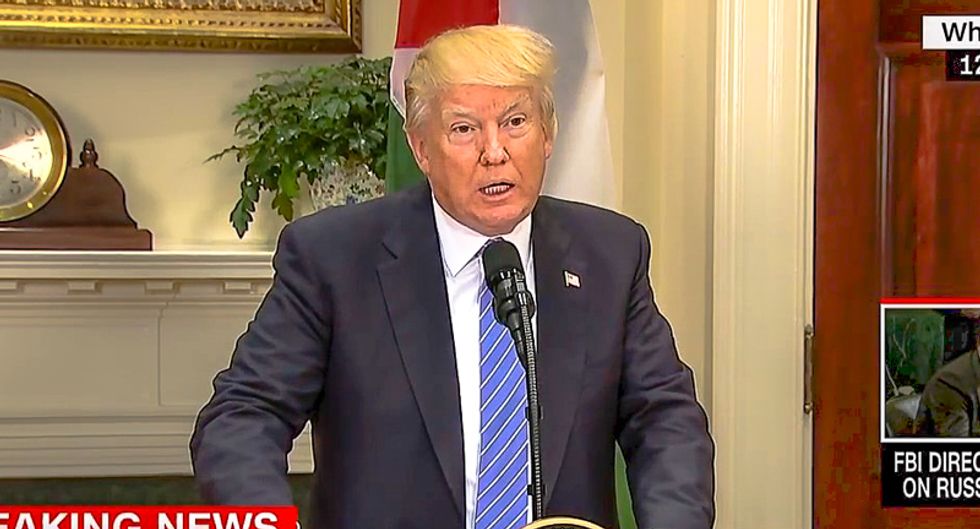 President Donald Trump asserted on Wednesday that the Israel government and the Palestinian Authority "get along unbelievably well."

During a press conference with State of Palestine President Mahmoud Abbas, Trump praised Palestinian National Authority for its efforts to combat ISIS.

"I also applaud the Palestinian Authority's continued cooperation with Israel," Trump said. "They get along unbelievably well... They work together beautifully."

The U.S. president noted that there could be "no lasting peace" unless all Palestinian leaders spoke out against hate.

"There's such hatred," he added. "But hopefully there won't be such hatred for very long."