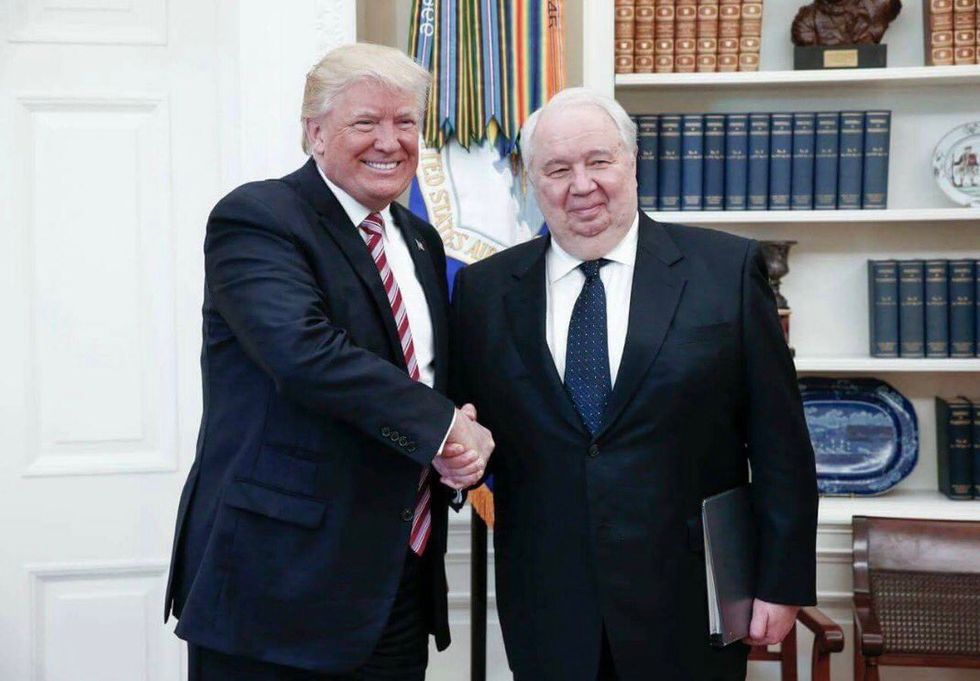 This drew immediate criticism because the White House seemed to have allowed Russian state media to take photos of the meeting while excluding any American media outlets from doing the same.

Now a White House official tells CNN's Jim Acosta that the Trump administration is "furious" at the Russians for posting the photos, as they claimed they were not told beforehand that any pictures would be posted on state-run social media accounts.

"They tricked us," one official told Acosta about the Russians. "They lie."

WH furious over Russian government photos of Trump meeting with Lavrov/Kislyak. "They tricked us," an official said of Russians "They lie."
— Jim Acosta (@Jim Acosta)1494504826.0

The official also said that the White House "did not anticipate" that the photos would ever be used by the Russians for propaganda purposes. That said, the official also slammed critics who called the meeting with Kislyak inappropriate because it came just one day after Trump fired the person overseeing the FBI's investigation into Russia's interference with the 2016 election.

"It is ridiculous to say that an ambassador can’t meet with the president," the official said.

Kislyak has been a central figure in the Trump administration’s ongoing scandal related to Russian involvement in the 2016 presidential election.

Among other things, Attorney General Jeff Sessions had to recuse himself from taking part in investigations into Russia after it was revealed that he failed to disclose during his Senate confirmation hearing that he twice met with Kislyak during the 2016 presidential campaign, despite having denied meeting with any Russian