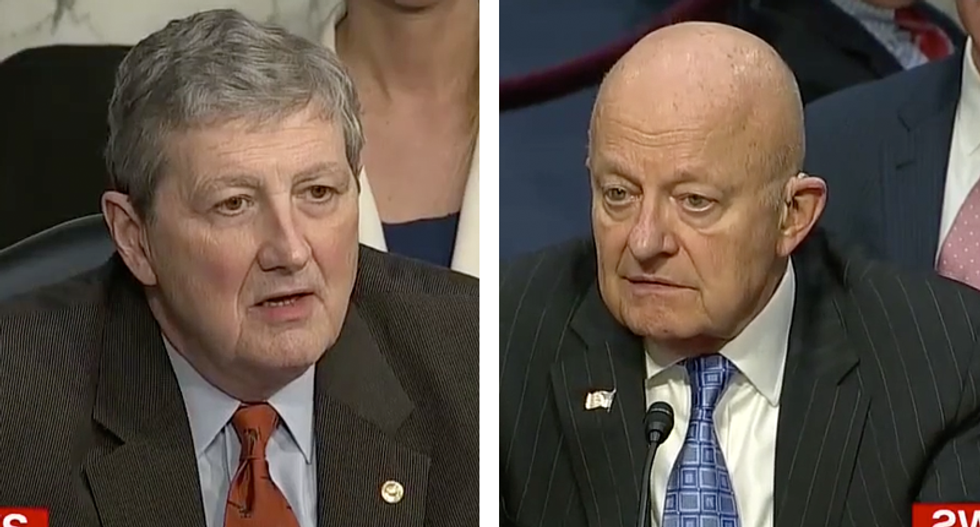 Unfortunately for Kennedy, it’s not “leaking” if it’s unclassified information, a detail Clapper gleefully pointed out to the GOP senator.

“General Clapper, have you ever leaked information—classified or unclassified—to the press?” Kennedy asked.

“Not wittingly or knowingly, as I said in my statement,” Clapper replied.

Hours before Yates was scheduled to testify before the Senate Judiciary Committee, Trump took to Twitter to implore his Republican lackeys to question Yates about whether she “knows how classified information got into the newspapers.” The Trump administration has faced an onslaught of sensitive leaks, including classified information surrounding the ouster of former National Security Advisor Michael Flynn—a subject of Monday’s hearing.

Ask Sally Yates, under oath, if she knows how classified information got into the newspapers soon after she explained it to W.H. Counsel.
— Donald J. Trump (@Donald J. Trump) 1494254615.0

In February, Trump insisted the “real story” surrounding Flynn’s resignation pertains to “illegal leaks coming out of Washington” and not Flynn’s relationship to Russia.