WATCH: Israeli ambassador visibly flummoxed when Trump implies Israel is not in the Middle East 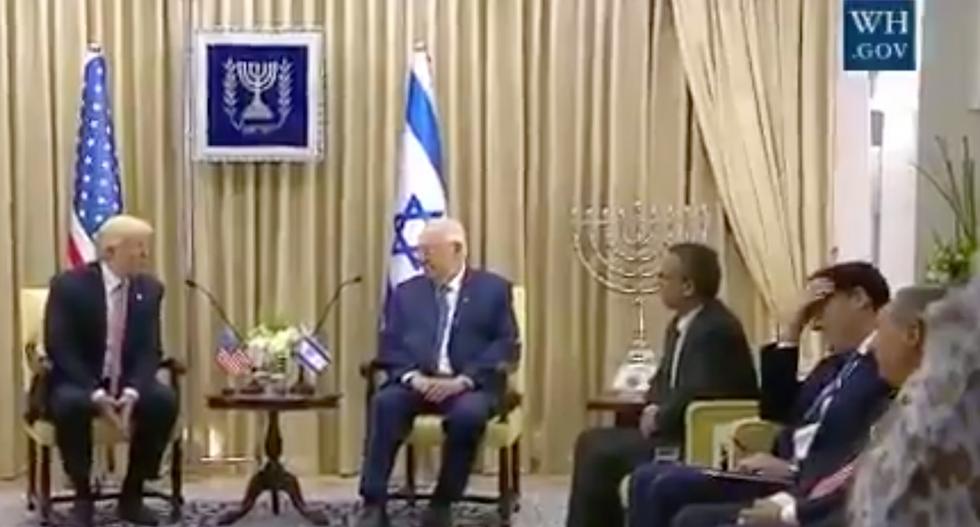 Israeli Ambassador to the United States Ron Dermer could hardly contain himself Monday during a meeting with Donald Trump after the president mistakenly implied Israel is not located in the Middle East.

“Our Secretary of State has done an incredible job,” Trump said at a meeting with Dermer, Rex Tillerson and other U.S. and Israeli officials. That’s when the president made this geographical blunder:

Dermer can be seen stifling a laugh while he throws his face in his hand. He quickly moves his hand through his hair, disguising his inability to handle the president’s gaffe.

Israel is a Middle Eastern country located on the Mediterranean Sea.

Watch the video below, via @Yair_Rosenberg: