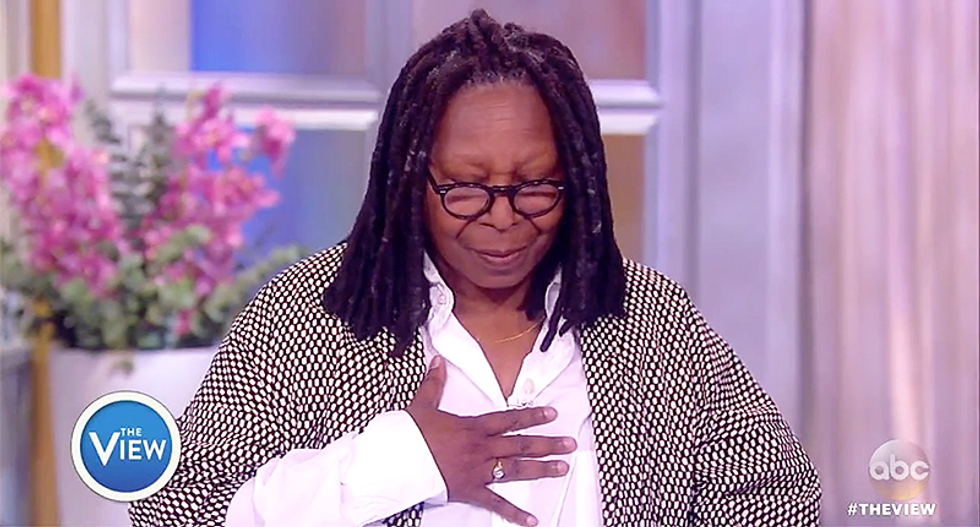 The co-hosts of "The View" were incensed at President Donald Trump's speech Wednesday at the United States Coast Guard Academy.

“No politician in history, and I say this with great surety, has been treated worse or more unfairly,” Trump said. “You can’t let them get you down. You can’t let the critics and the naysayers get in the way of your dreams. I guess that’s why I want to thank you.”

She went on to school Trump that there have been quite a few others "treated more unfairly or as unfairly" than him over the years.

"Let's talk about, I don't know, Barack Obama," Goldberg said as the audience cheered. "And I make this point specifically about this man who for almost six years, seven years, insisted [Obama] wasn't an American. He didn't have America's best values in mind because he wasn't born here. That he was a Muslim. All propagated by this guy! I figure, you have been in less than -- maybe what -- 120 days? And you think it's rough now? This guy went through it for eight years, and came out still a man I'm proud, whether you like what he did, I'm proud of him."

Co-host Sara Haines mentioned that former President Abraham Lincoln had half of the country split off and was assassinated.

"He doesn't know a lot about history as we know," Goldberg replied.

Jedediah Bila agreed, bringing up former President George W. Bush who was frequently the target of mockery on Saturday Night Live and in the media.

"This job is not supposed to be easy," she continued. "You're supposed to go in there and be challenged. You are the Commander in Chief, and you have a difficult job and power at your fingertips. He thinks the media is supposed to be his friend. Republicans can make a point about media bias, and I do agree there is a bias in media, but stop being a cry baby about it. Get out there, articulate your points and guess what? If there is no scandal to find, they are not going to find a scandal."