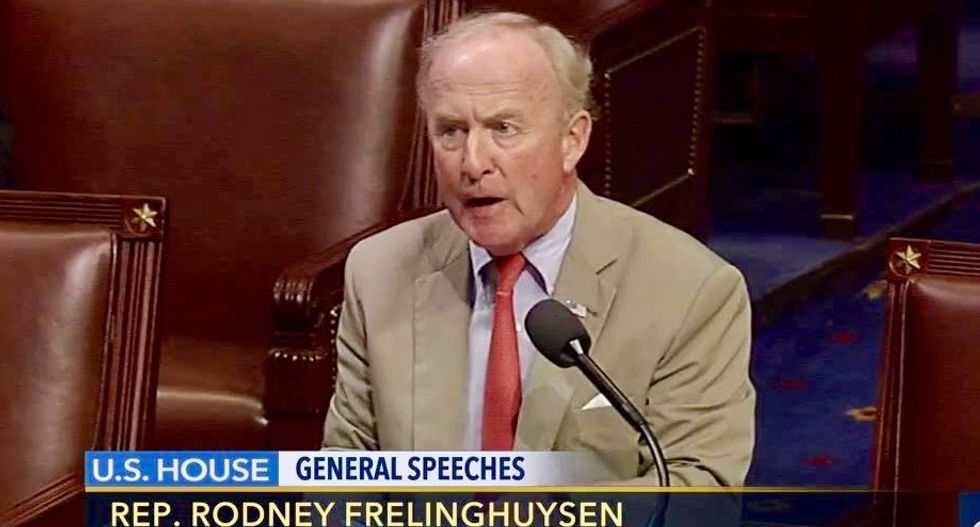 An activist who lives in Rep. Rodney Frelinghuysen's (R - NJ) district resigned from her job earlier this year after the congressman called her out as a progressive "ringleader" in a letter to her boss.

WNYC reports that Saily Avelenda, a resident of West Caldwell, NJ, stepped down from her job at a local bank after being confronted over her work for a local progressive activist group called NJ 11th for Change.

The trouble for Avelenda began when one of the bank's board members received a fundraising letter from Frelinghuysen's office that warned of "organized forces — both national and local — who are already hard at work to put a stop to an agenda of limited government, economic growth, stronger national security." After this sentence, there was a handwritten note on the side that claimed "one of the ringleaders works in your bank!"

In addition to this, Frelinghuysen's office attached a news story about NJ 11th for Change that quoted Avelenda.

“I had to write a statement to my CEO, and at my level as an assistant general counsel and a senior vice president, at this employer it was not something that I expected,” Avelenda told WNYC. “I thought my Congressman put them in a situation, and put me in a really bad situation as the constituent, and used his name, used his position and used his stationery to try to punish me."

Avelenda makes a point of noting that she was not fired, but she decided that the tensions caused by the letter at her job made her feel uncomfortable enough where she no longer wanted to work there.