'You f*cked up': John Oliver rips Republicans for passing Trumpcare without reading it 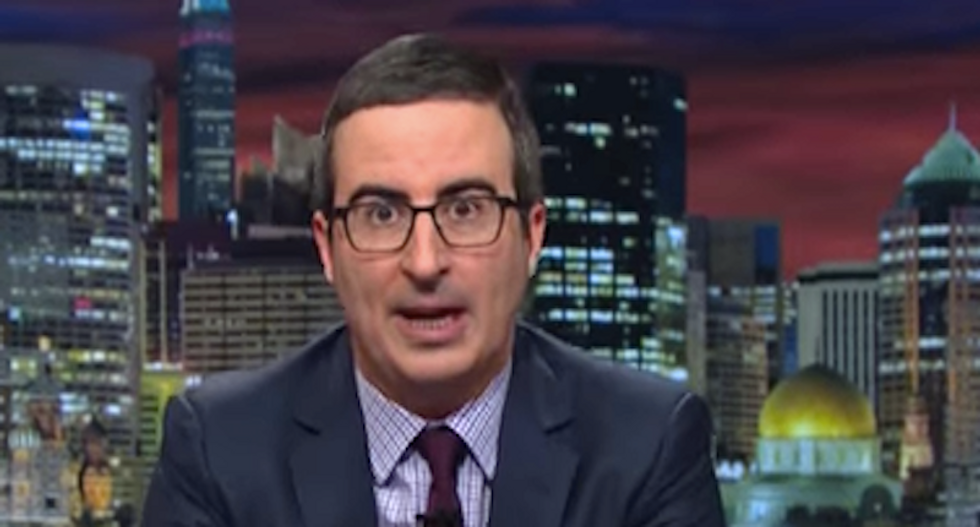 On Sunday night's edition of "Last Week Tonight," HBO's John Oliver blasted Republicans in the U.S. House of Representatives for passing their attempt to "repeal and replace Obamacare" without actually reading the bill first.

Oliver played a clip of South Carolina's Rep. Mark Sanford (R), who, when asked by CNN if he'd read the bill hemmed and hawed before finally admitting that he "turned through every page" without reading them all.

"Wait," Oliver said, "You 'turned through every page?' That's not how you read a bill, that's how you check a bill for spiders."

He went on to New York Republican Rep. Chris Collins (NY) who got stymied by the Buffalo News when they asked if he was aware that a large portion of his constituency would be stripped of their coverage the American Healthcare Act (AHCA) were ratified.

"Explain that to me," said the New York congressman, baffled.

"Okay, I can explain that to you right now," Oliver said. "You f*cked up."

While the U.S. Senate may manage to the make the AHCA more moderate, Oliver compared that to "cutting a shit sandwich in half."

And senators are very important right now, Olver said, because if they can pass a bill, Pres. Trump will definitely sign it.

"This guy would sign a live snake as long as it had 'Obamacare repeal' written on it," Oliver said.