‘You were my guy!’: Trump insists he backed Macron for French president -- despite championing Le Pen 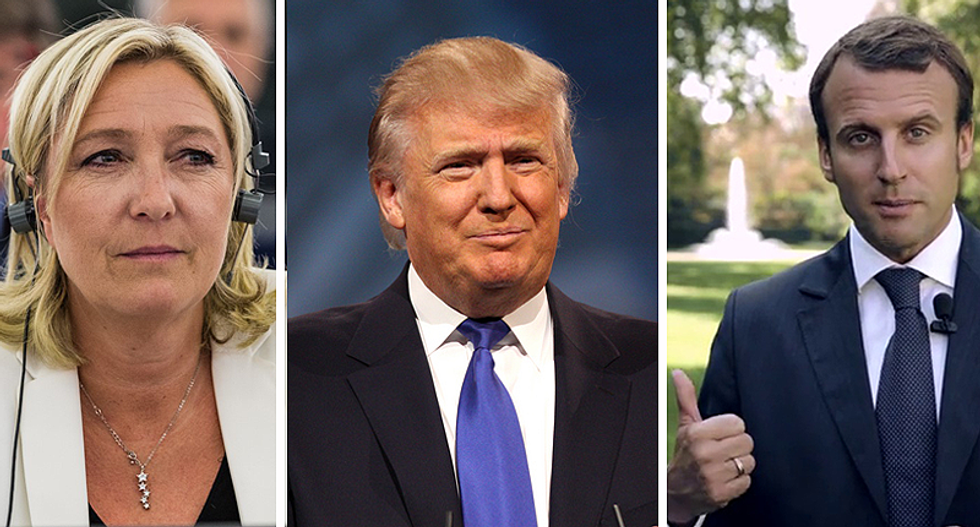 In a meeting with Emmanuel Macron on Thursday, Donald Trump reportedly told the newly-elected French president, “you were my guy,” insisting he never supported National Fronts Marine Le Pen during the country’s 2017 election—despite significant evidence to the contrary.

Just days before the first round of the French presidential election, Trump frequently championed Le Pen as the “strongest on borders, and she’s the strongest on what’s been going on in France.”

A week before that AP interview, Trump seemed to throw his weight behind the far-right nationalist candidate. Following an attack that resulted in the death of a French police officer on the Champs Élysées, Trump seemed to suggest the incident would push France in Le Pen’s direction.

Another terrorist attack in Paris. The people of France will not take much more of this. Will have a big effect on presidential election!
— Donald J. Trump (@Donald J. Trump)1492770721.0

But despite championing Macron’s rival, Trump touted his French counterpart’s “tremendous victory" during a NATO summit on Thursday.

“It is my great honor to be with the newly elected president of France, who ran an incredible campaign and had a tremendous victory,” Trump said. “All over the world, they’re talking about it. And we have a lot to discuss, including terrorism and other things. Congratulations. Great job.”