'You're not telling the truth': Sarah Huckabee Sanders walks into Morning Joe buzzsaw over Russia claims 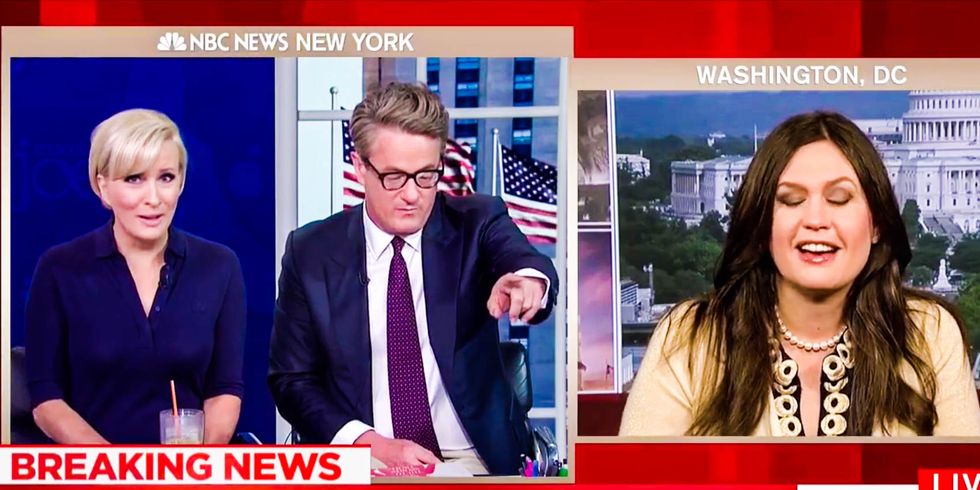 White House spokeswoman Sarah Huckabee Sanders went on Morning Joe Wednesday morning to try to tamp down the furor over James Comey's firing -- but she was quickly shut down after she made a false statement about co-host Joe Scarborough.

Specifically, Sanders tried to claim Scarborough had once said that there was no evidence tying Trump's campaign to the Russian government -- but Scarborough quickly interjected to point out he'd never said anything of the sort.

Sanders tried to bat down calls for an independent investigator by claiming that there have already been multiple investigations into the Trump campaign's Russia ties that turned up nothing -- despite the fact that none of the investigations so far have even concluded and are all still ongoing.

"Joe, we’ve had almost an entire year that they have spent, the house committees, the senate committees, the FBI, everyone has looked into this and everybody comes to the same conclusion," said Sanders.

"You're not actually telling the truth right now," co-host Mika Brzezinski told her.