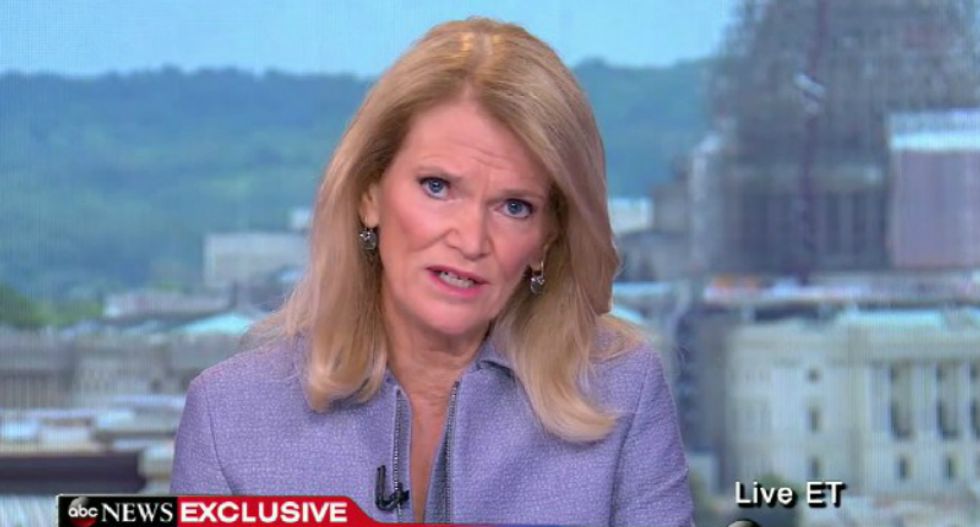 On Sunday's edition of This Week, ABC host Martha Raddatz decried journalistic "numbness" to gun violence after Republican congresspeople were the targeted with gunfire on a Virginia baseball field.

As captured by Media Matters, Raddatz's segment on desensitization to gun violence focuses specifically on the way journalists react to violence.

"We have become too numb to it all," Raddatz said. "Massively desensitized to the carnage."

"That, perhaps, includes us as journalists, who rush to cover the latest shooting and then move on to the next headline," Raddatz said, counting off the tragedies whose anniversaries media commemorated the same week as the baseball field shooting.

"Last Monday, one year since the Orlando Pulse nightclub shooting. Forty-nine killed in the deadliest mass shooting in U.S. history," she said. "And yesterday marked two years since nine were killed at Emanuel A.M.E. Church in Charleston. Those mass shootings are seared in our collective memory, but in the past week alone, 262 people have lost their lives to gun violence across the U.S., 559 more wounded."

While the nation thinks of Scalise, Raddatz continued, they should also "pause this morning to remember each and every life cut short by violence in our country."

"As House Speaker Paul Ryan put it this week, an attack on one of us is an attack on all of us," she concluded.

Watch the entire segment below via Media Matters.