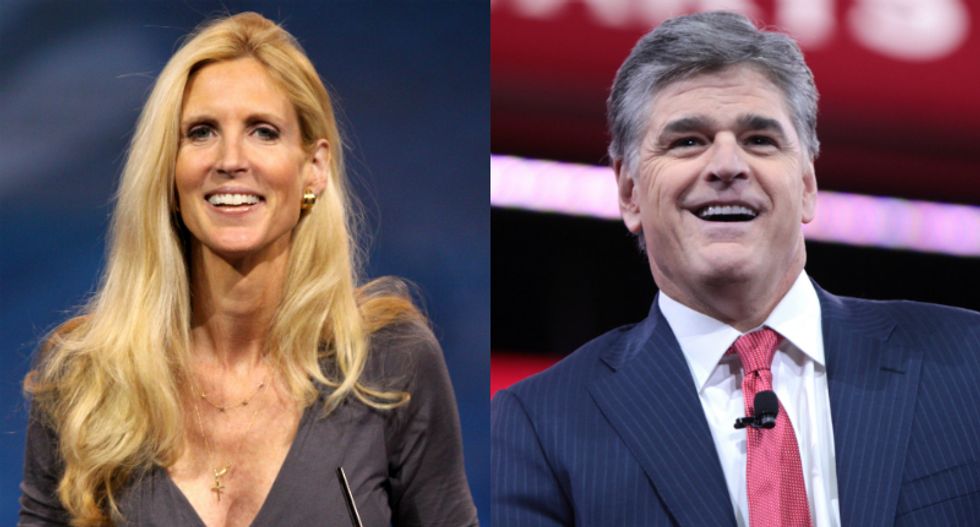 "Sean Hannity, bless his heart, has the zeal of the late Trump convert," Coutler wrote. "He would endorse communism if Trump decided to implement the policies of "The Communist Manifesto." (Which the GOP's health care bill actually does!)"

When Coulter appeared in a deliberately-unaired interview with Hannity, the Fox News reportedly asked her to defend the president's remarks about Cohn during an Iowa rally in which he claimed he wants "a rich person to be in charge of the economy," because "that's the kind of thinking we want."

"With the zealotry of those who came late to the Trump party," Coulter continued, "Hannity fully endorsed Trump's faith in Cohn, adding, 'I never got a job from a poor man!'"

Hannity's passion for the president, according to Coulter, leads him to blind support of the president's less-popular decisions (like hiring multiple Goldman Sachs bankers for his cabinet and advisors).

"Those of us who have been here for a while -- unlike [Sen. Ted] Cruz- and [Sen. Marco] Rubio-supporting Hannity -- know how to party responsibly," she wrote. "The best way we serve the people we admire is to tell them the truth."

"The motto of we longtime Trump supporters is: NO TREATS FOR DOING NOTHING!" she concluded.