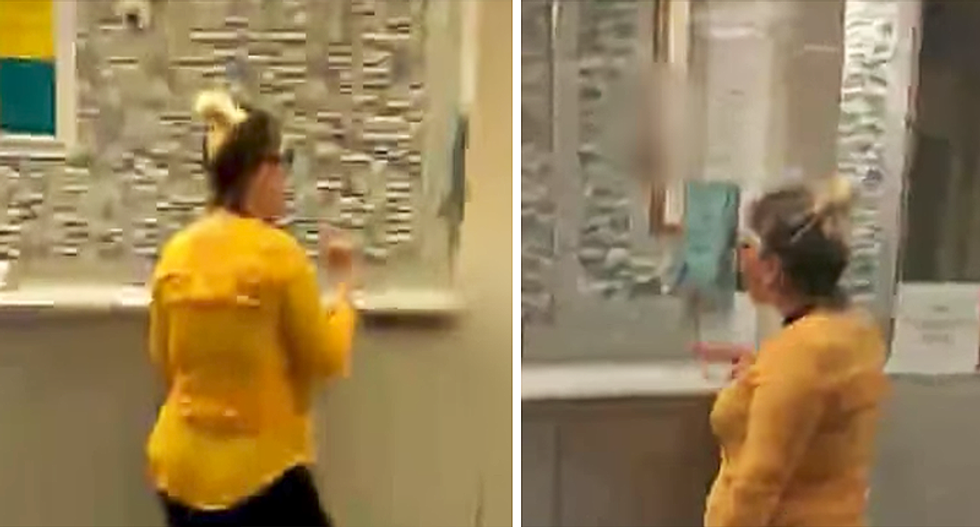 A woman at an urgent care clinic in Canada was irate after she couldn't find a white doctor to tend to her young son she said was having "chest pains."

A video of the woman is going viral Tuesday depicting the woman screaming that she would only see a white doctor and that one doctor she saw didn't speak English and had "brown teeth," CP24 in Toronto reports.

Hitesh Bhardwaj was in the clinic waiting room Sunday when a woman started verbally attacking the staff and doctors. Bhardwaj immediately began filming. A staff member can be overheard telling the woman she won't be able to see a "white doctor" until 4 p.m. and that's when the women lost it.

“So you’re saying, in the whole entire building there isn’t one white doctor?” she said. “You’re telling me that my kid has chest pains and he’s going to have to sit here until four o’clock? Can I see a doctor that’s white, that doesn’t have brown teeth and speaks English?”

She then stood and then stormed toward the counter with her young son. The other patients in the waiting room suggest that she go to the hospital instead.

“He’s sick and his chest is hurting, I don’t want to see a doctor who’s not white. I would like to see a white doctor and there’s no white doctor in this whole entire building,” the woman said to the woman at the counter.

“God, what type of horrible country do I live in? So I want to see somebody else who doesn’t have brown teeth and speaks English," she continued.

Bhardwaj said that he didn't like what he was hearing and that's why he began filming the incident. He emigrated from India to Canada years ago.

“Seeing it so openly without any fear and in front of so many people, without even fearing that someone can report her, it was really shocking,” he told CTV News Toronto in an interview. “It was a mixed feeling of being angry and being frustrated. I was disturbed for the rest of the day.”

He said that at one point a "brave young girl" confronted the woman about what she was saying.

“Your child has more issues with you being his mother than him needing to see a doctor,” the woman can be heard saying. “You are extremely rude and racist. You want to talk about ‘Paki’ people being in a hospital? Maybe you should check yourself in.”

Others then chimed in agreeing.

“You’re brown and you’re attacking me because I’m white. It’s because I’m white,” the woman said. “Being white in this country... I should just shoot myself. My kid is part not-white, so can we get somebody to see him that at least speaks English. I spoke in English. We want someone that’s Canadian to see him.”

She eventually was escorted out of the clinic.