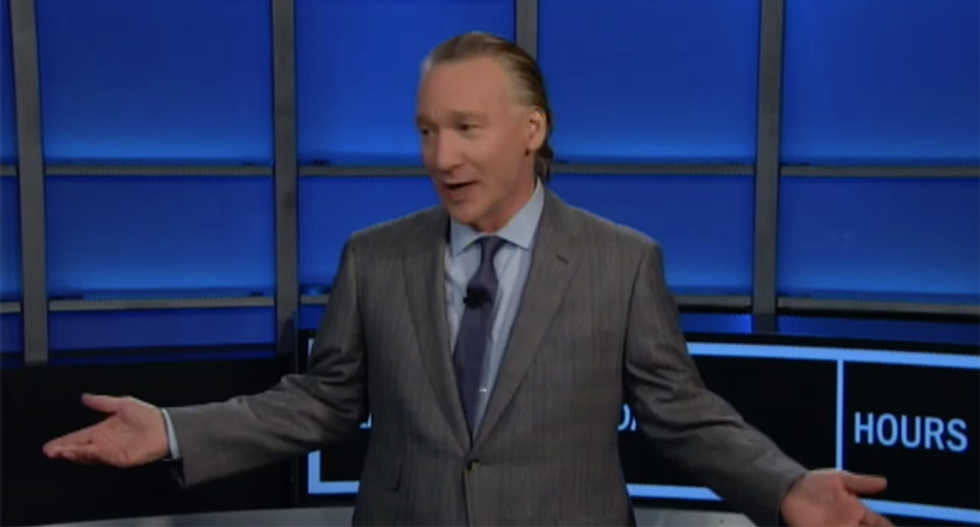 HBO's Bill Maher began Friday's "Real Time" by admitting Michael Eric Dyson would be "taking me to the woodshed" any minute. That evolved into an honest discussion about language and race and the need to apologize sincerely when people have been harmed.

"If only Trump had asked Comey to blow him," Maher said.

Maher noted that things got so bad for Comey and Trump wanting to be alone with him that Comey began telling people not to leave him alone.

"To which, every Trump beauty pageant contestant said, 'Welcome to our world,'" Maher joked.

He was also disappointed by John McCain's line of questioning during the Comey case.

"Look, I've had mixed feelings like all of us," Maher said of the senior Arizona senator. "He's been pretty good on this lately, I thought, my hope, I've said here, 'A nation turns it's lonely eyes to you.' And I thought, oh, this is going to be McCain's finest hour. The maverick. The lion of the Senate. To put country before party and stand up to Trump's bullsh*t. And then out comes Mr. Magoo. No one knew what this man was talking about. At one point the closed caption just went: 'No clue.'"

Maher then turned to attack Rep. Paul Ryan (R-WI), who excused Trump's possible obstructions of justice by saying that Trump is from the business world and doesn't know government.

If Trump is too stupid to be guilty of anything... by sarahburris