CNN panel calls BS on GOPer's Trump hotel event defense: 'If Obama did this your head would explode’ 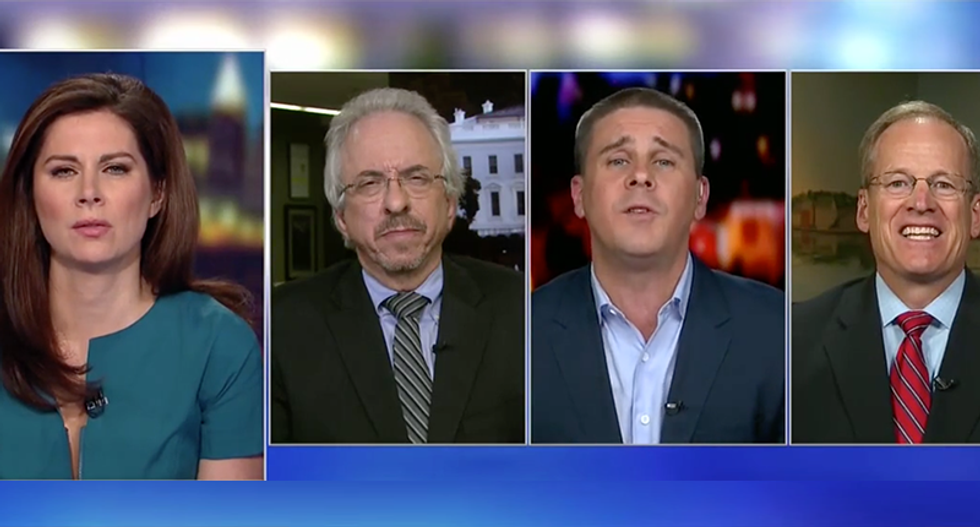 President Donald Trump is holding a fundraiser for his 2020 re-election campaign in his own hotel in Washington, D.C. tonight. While many reporters were concerned that Trump's campaign were getting a sweet deal on the cost of the event space and rooms, CNN's Erin Burnett wondered if Trump was getting a cut from the event.

"Just to make sure we understand, technically speaking I know there was this whole question about this, but this hotel, even though certainly the same benefits Trump and business there benefits his brand and all of that, which is a serious issue, but technically speaking, it is on a lease to the government, right?" Burnett asked. "So, if they are paying the hotel, the money isn't going back into Trump's pocket, right?"

"Well, it actually is because he has put the hotel in a trust," said CNN contributor Larry Noble. "It is not a blind trust. You know, it is a pseudo-trust where his children are managing the trust, but he still is going to make the profit from the hotel. So, whatever they earn from this, he is going to get his cut of it."

"To suggest he's going to profit from this, I think is an outrageous statement and to say you don't know if he's doing it legally, of course he is doing it legally," he said, clutching his pearls. "If you feel he's not, then the Democrats would be all over him."

Noble broke in to say that he does believe Trump is profiting from the event because "he is a businessman and he owns this hotel and he has a financial interest. And the profits from this are going to go into his trust and he is going to get the income from that."

"I'm not sure how you can say he is not profiting from it," he continued. "Whether he's doing it legally, I assume what he's going to do is report how all this is being paid for and at that point we will see whether it's being done legally or not. But he is going to profit from this unless it is a losing deal from him, and I doubt it is."

The White House has refused to answer questions about who is paying for the event.

"Even if they follow all the rules...he is going to profit from this," said Dan Pfeiffer. "He is using the presidency to profit from it. That is a very clear fact. And I promise you that if a Democrat was doing that, your head would explode."

'If a Democrat did that your head would explode... by sarahburris