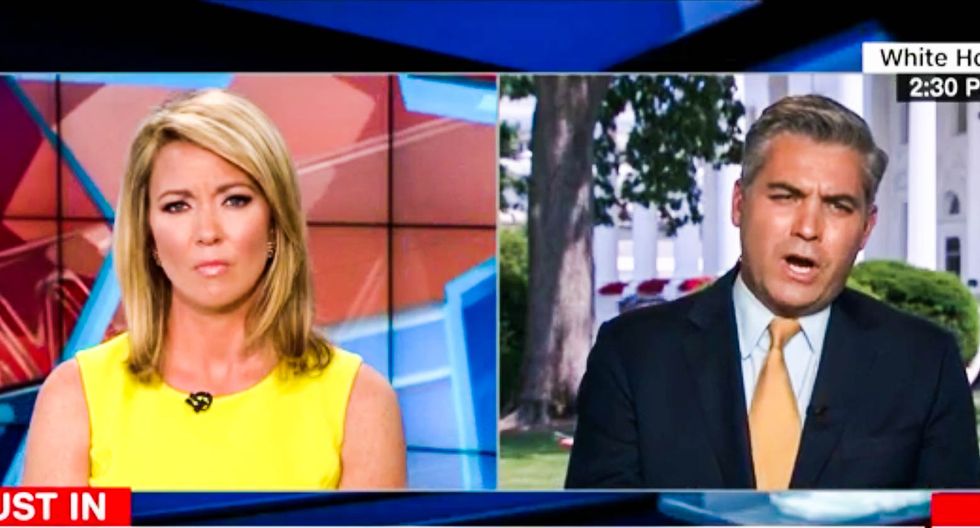 CNN reporter Jim Acosta on Monday didn't mince any words on how he feels about the Trump administration's total unwillingness to divulge any information or answer any questions.

Speaking with Brooke Baldwin in the wake of White House Press Secretary Sean Spicer's latest off-camera press briefing, Acosta slammed the White House for "stonewalling" when it comes to answering reporters' questions about whether President Donald Trump has any recordings of conversations he's had with former FBI Director James Comey.

"The White House press secretary is getting to a point... where he's just kind of useless," Acosta said of Spicer. "If he's not going to come out and answer the questions, and if they're not going to do this on camera or audio, why are we even having these briefings or these gaggles in the first place?"

Baldwin similarly seemed baffled by Spicer's latest performance and asked Acosta if Spicer was even talking with Trump about his views of important issues such as climate change.

"It's a really good question, and a question I would ask,"Acosta replied. "But unfortunately, at this White House, we wouldn't have the video or audio to show you the answer to that question because of the stonewalling that we're getting over here at the White House."

Acosta then got animated and started pointing at the White House.

"That's the White House behind me," he said. "It's just bizarre, I don't know what world we're living in, we're standing at the White House, and they bring us into the briefing room... and they won't answer these questions on camera!"