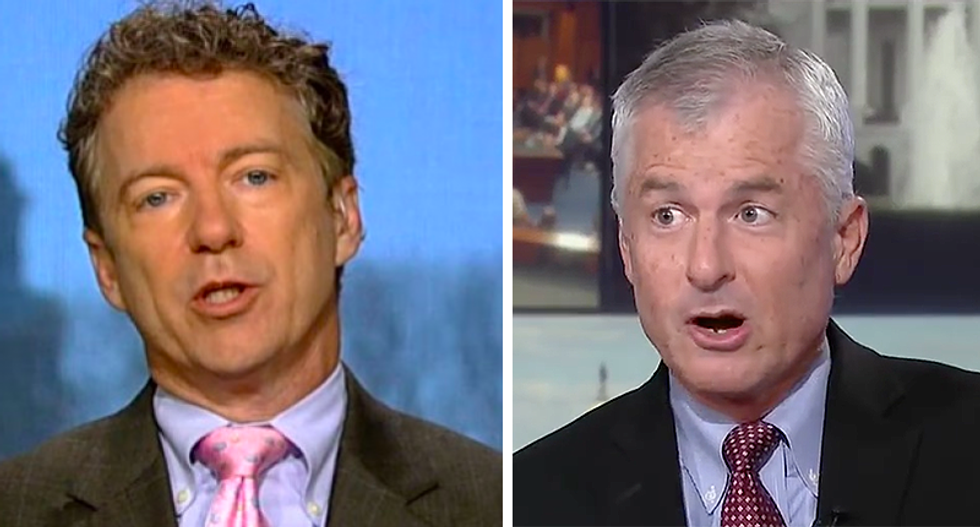 Former CIA-agent-turn-CNN-commentator Phil Mudd railed against Sen. Rand Paul (R-KY) after the senator claimed he didn't know whether or not he was personally being surveilled by U.S. intelligence.

"You heard Rand Paul just say to me a while ago here in 'The Situation Room' that he's not ruling out the possibility that the U.S. intelligence community is spying on him and the president," host Wolf Blitzer said.

When it came to Trump's afternoon tweets, Mudd wondered what Trump was even talking about when he claimed he doesn't know if there are or are not tapes.

"This is the residence he lives in!" Mudd exclaimed. "He doesn't know if there are tapes? Let me ask the question: who runs the Defense Department, the CIA, National Security Agency and the Homeland Security Department? These are people typically nominated by him. Here's the question: if you think that there is some sort of surveillance in the White House, who exactly is doing this surveillance? I don't appreciate that the president's playing us for fools. Who's doing this?"