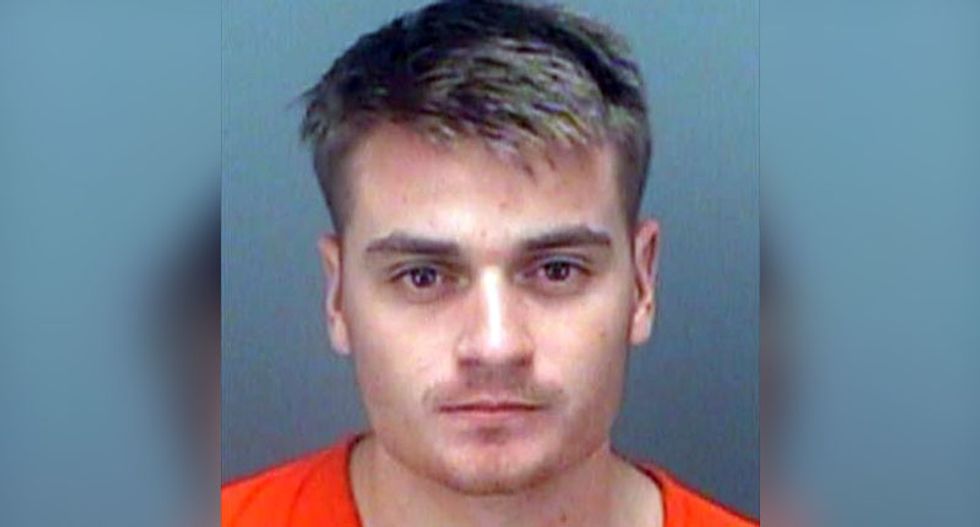 A federal document filed by prosecutors this week alleges that a Florida-based neo-Nazi planned to kill civilians by planting explosives at targeted sites ranging from synagogues to power lines to nuclear reactors.

The Tampa Bay Times reports that prosecutors are alleging Tampa resident Brandon Russell had bombmaking materials at a garage adjacent to his apartment that he planned on using for the mass killing of civilians.

Officers arrested Russell after finding explosives in the garage at the same time they were investigating Russell's roommate, Devon Arthurs, who is himself a former neo-Nazi who allegedly murdered his two other roommates after they mocked his conversion to Islam.

Russell admitted to police that the explosives in the apartment were his, and prosecutors say that Arthurs described Russell's plans to plant them at nuclear reactors while being interrogated by police.

Prosecutors presented this new evidence in a fresh bid to get U.S. Magistrate Judge Thomas B. McCoun to deny Russell bail. McCoun ruled last week that Russell was entitled to bail, although he still hasn't set the specific amount.