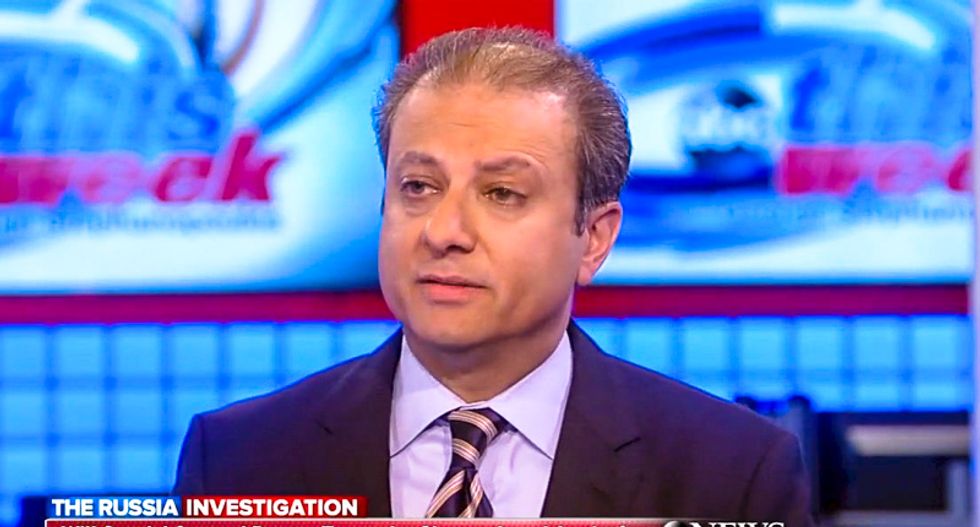 During an interview with ABC's George Stephanopoulos, Bharara said that evidence provided by former FBI Director James Comey's suggested that Trump illegally tried to influence an investigation into Russia's interference in the U.S. election and possible collusion with the Trump campaign.

"There is absolutely evidence to begin a case," Bharara explained. "No one knows right now whether there is a provable case of obstruction... [but] there's no basis to say there's no obstruction."

Bharara also recounted how he was fired by Trump after refusing to take an "inappropriate" phone call from the president.

"In reporting the phone call to the chief of staff to the attorney general I said, it appeared to be that he was trying to cultivate some kind of relationship," Bharara recalled. "It's a very weird and peculiar thing for a one-on-one conversation without the attorney general, without warning between the president and me or any United States attorney who has been asked to investigate various things and is in a position hypothetically to investigate business interests and associates of the president."

"The call came in. I got a message. We deliberated over it, thought it was inappropriate to return the call. And 22 hours later I was asked to resign along with 45 other people," he added.