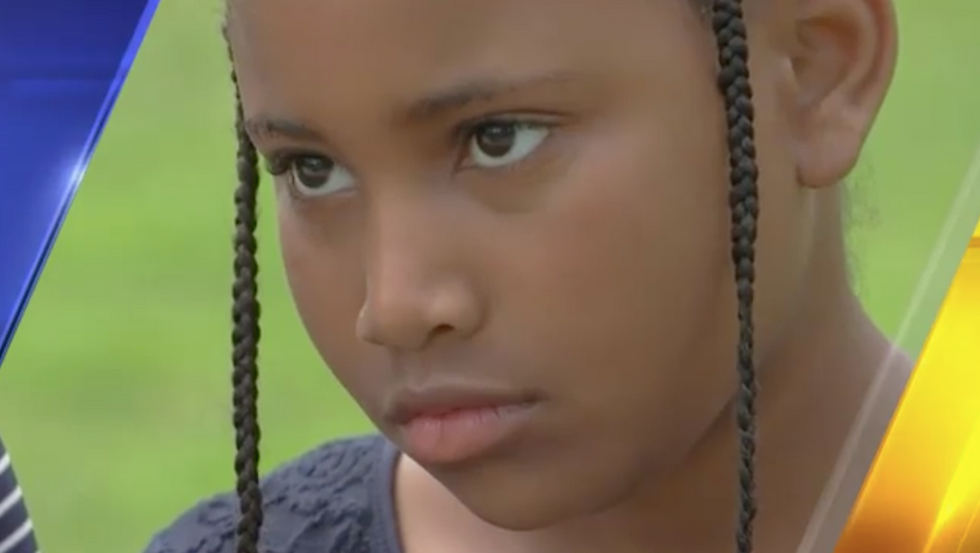 A 9-year-old girl in Bellevue, Washington posted a heartbreaking video on Facebook in which she described how in her fourth grade year, she has found out what it's like to be the victim of racist bullying.

CBS News said that Ardmore Elementary School student Nasir Andrews posted her protest video on Facebook this week and in it, she holds up placards detailing the racist abuse she has suffered from classmates, who have called her "Nutella" because of her brown skin and "servant."

She said she appealed to teachers for help and they did nothing.

"A student called me 'Nutella' and I told my after-school teacher and she said it wasn't racist and she made me write the definition of racist," Andrews told KIRO on Wednesday.

She said that she was teased each morning on the school bus for buying her lunch in the school cafeteria, then picked on for what she carried as a brought lunch. She has been punched, kicked, choked and pushed.

Her parents finally decided to drive the girl to school rather than have her run the gauntlet of bullies every morning. With the school year ending, they say they're looking for another school in which to enroll their daughter.

The number of hate crimes has risen sharply in the U.S. since the election of President Donald Trump and educators from coast to coast report that white students are bullying their black and Latino classmates by invoking Trump's name.