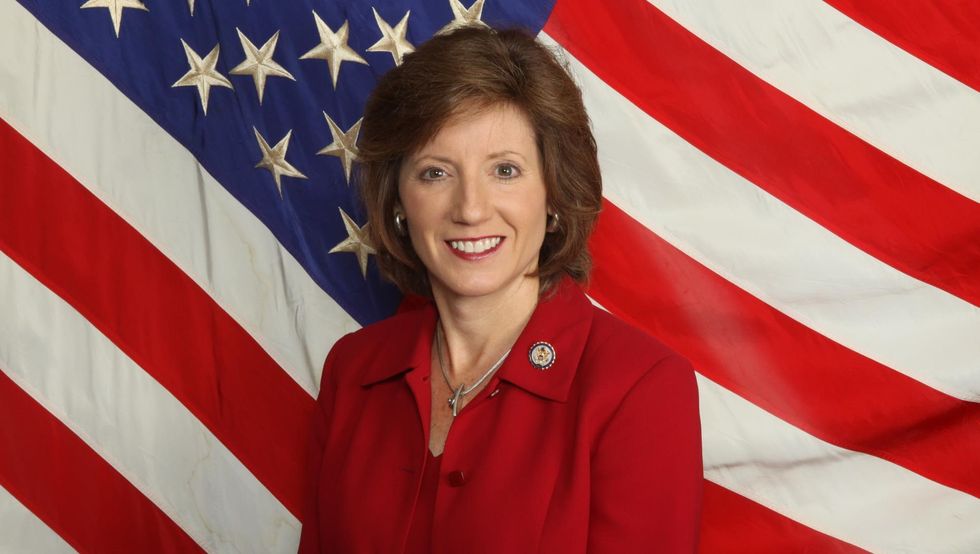 A Republican lawmaker this week singled out transgender soldiers as a "threat" to the United States during an interview with Tony Perkins of the Family Research Center, a Christian organization that has for years fought against expanding rights for LGBT citizens.

As ThinkProgress documents, Perkins conducted an interview with Rep. Vicky Hartzler (R-MO) this week in which she said the prospect of transgender soldiers constituted a "domestic threat" to U.S. security.

"At a time when we should be focusing on the threats from North Korea, and Putin, and ISIS, we’re having to deal with a threat here at home — a domestic threat — of allowing transgenders in our service, which is a real problem because it impacts their readiness, and it’s a huge cost for our military," she told Perkins.

Among other things, Hartzler said she feared surgeries for transgender troops would cost the military too much money, despite the fact that estimates by the RAND Corporation project that gender-transition-related health costs for the military would only go up by between $2.4 million and $8.4 million annually if it allowed transgender people to serve openly.

Before ending her interview, Hartzler reiterated that her goal regarding transgender soldiers would be to "remove this threat from the national defense."

Raw Story reached out to Hartzler's office to elaborate on her view that transgender soldiers are a "threat" to the United States, but they did not return calls requesting comment.