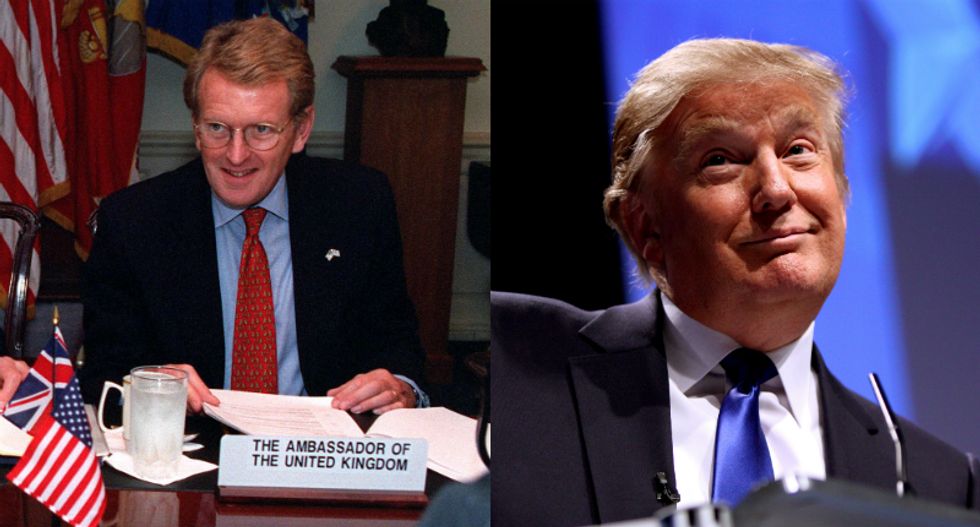 Former British Ambassador to the US Christopher Meyer (left) and American President Donald Trump (right, both via Wikimedia Commons).

In a tweet responding to President Donald Trump's divisive tweets in the wake of the London terrorist attacks, the former British ambassador to the United States was unequivocal in expressing his dislike for the current American president.

"Let me be diplomatic. Trump makes me puke," former Ambassador Christopher Meyer wrote in response to a Washington Post report detailing the president's late-night tweetstorm about the London attacks.

Meyer's tweet speaks to the juxtaposition of Trump's comments touting his "travel ban" and blasting political correctness to those of other world leaders expressing condolences and a restraint that the American president did not.