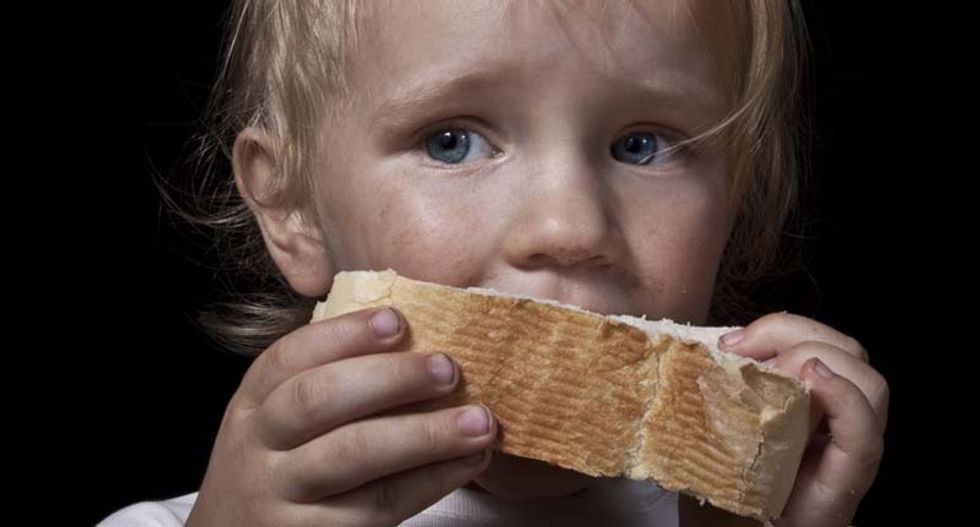 As the White House releases its budget that slashes support for the poor, the elderly, and the sick in favor of tax cuts, evangelical support for President Trump remains strong. This, despite what most people see as the obvious Christian obligation for charity, is not economic justice.

The degree to which Trump seems an unlikely evangelical standard bearer has been widely explored.  (See Sarah Posner and Christopher Stroop for insightful analyses.) Certainly the “alt right” and authoritarian threads are important. Also critical is the argument that some aspects of the Trump agenda are merely tolerated by evangelicals because they care more about fighting abortion/LGBTQ rights and “preserving” their privilege in the name of religious freedom.

But the support for tax cuts, over assistance for those in need, is not just a gift from Trump to his rich friends, tolerated by evangelicals because they care more about other issues. These budget cuts are in keeping with the religious right’s understanding of a biblical worldview, and are at the very core of its agenda.

This paradox warrants a revisiting of dominionist views about the proper role of government and how those views have given shape to the ideology embraced by today’s American evangelicals. It also serves as a foreshadowing of the future if we ever see a President Pence.

In Building God’s Kingdom,—in which I explore the framework rooted in the Reformation with the work of Abraham Kuyper and popularized by Francis Schaeffer and R.J. Rushdoony—the contemporary religious right builds on a notion of “sphere sovereignty” to develop an overarching theory of how the Bible speaks to every area of life. According to sphere sovereignty, God has delegated authority to men (they usually do mean men) in three distinct spheres of government: family government, ecclesiastical government and civil government. These three spheres have specific and limited roles.

In this view, the role of civil government is limited to the protection of property and the punishment of criminals. It is primarily the obligation of the family to assist the poor, and secondarily the obligation of the church to assist those who can’t receive the help they need from family. If the civil government uses tax money to help the poor it is understood as tyrannically exceeding its biblical authority and effectively stealing money to do so. (They call such misused taxes legalized theft.)

You find this position articulated in rather arcane theological form in the work of R.J. Rushdoony and other Christian Reconstructionists, but you also find it popularized in rather mainstream evangelical circles by people like David Barton on his radio show. It is promoted in books, conferences and Christian school/home school curricula.

This is also the underpinning for any number of other administration policies. It’s why so many of Trump’s appointees literally oppose the efforts of the agencies they lead. Case in point, the Department of Education is led by one who believes that education is the responsibility of the family and that the civil government doesn’t have authority in this sphere. It’s unlikely that Donald Trump has any such theoretical underpinnings, but you can bet Mike Pence does, and he’s already ensuring that this dominionist “biblical worldview” shapes the administration’s policies.

Blanca Martinez has been dreaming of reuniting with her daughters in El Salvador for three decades now. She missed seeing them grow up, and it breaks her heart.