'He's not in charge': US ally's defense minister says Mattis and Tillerson ignore Trump -- and make their own policy 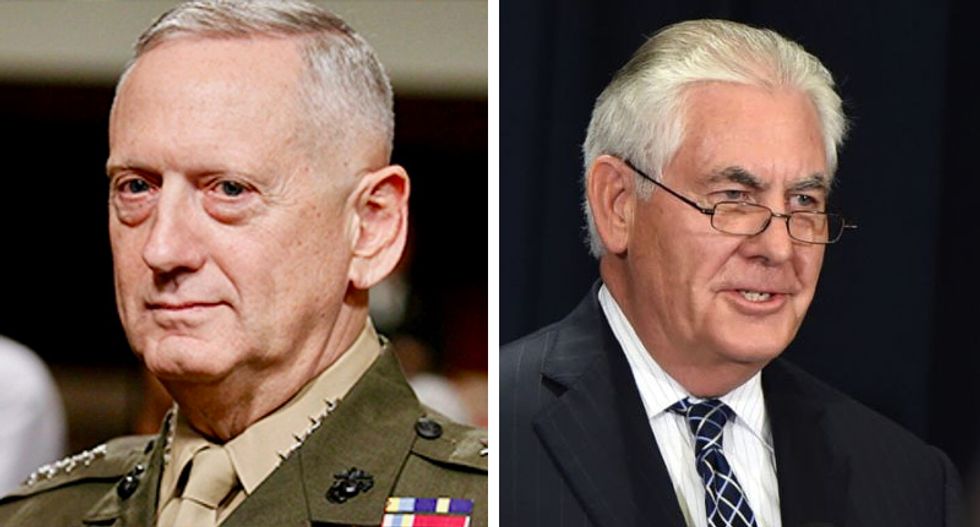 "Heard from Defense Min of a US ally: Mattis and Tillerson said they make relevant policy decisions and ignore Trump because he’s not in charge," he tweeted Thursday.

Trump has spent several days attacking Qatar following the Gulf Coast Countries' decision to break ties with the country. In wake of the decision, the United States sold $12 billion of arms to Qatar.

Reports revealed that Trump may not have known that Qatar had an American Air Force base and was considered an ally of the U.S.