'I don't want you to get shooted': daughter of slain Minnesota man's girlfriend 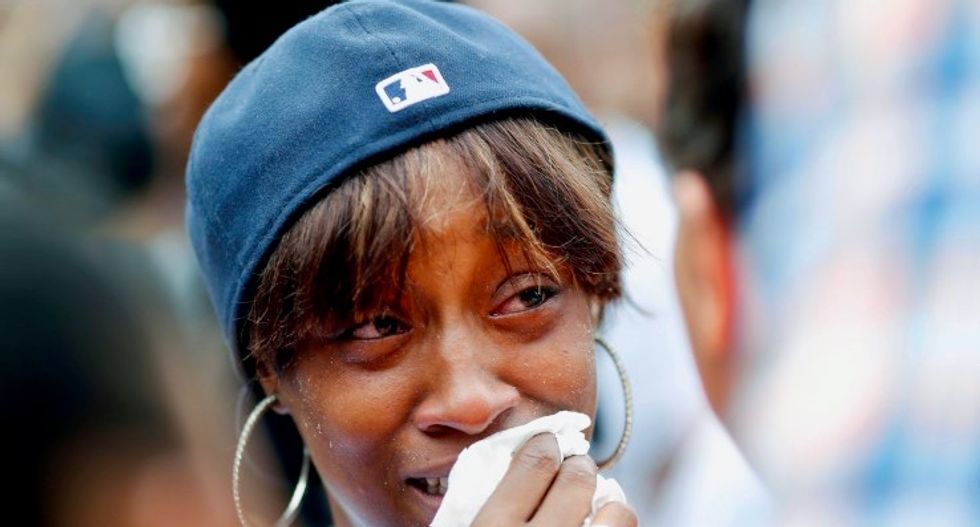 The young daughter of a woman whose boyfriend was fatally shot by a Minnesota police officer last year can be heard pleading with her mother to be quiet and cooperate with police, saying "I don't want you to get shooted," newly released video footage showed.

The video is from the interior of the police cruiser of the partner of St. Anthony Police Department officer Jeronimo Yanez, who fatally shot Philando Castile in July 2016 during a traffic stop. Castile was black and Yanez is Hispanic.

The shooting death of Castile, 32, in the St. Paul suburb of Falcon Heights triggered local protests and fueled debate across the country over the appropriate use of force by law enforcement against minorities.

The aftermath of the shooting was broadcast on social media by Castile's girlfriend, Diamond Reynolds, whose then 4-year-old daughter was in the back seat during the incident.

A jury last Friday declared Yanez not guilty of second-degree manslaughter. Yanez had testified that he feared Castile was reaching for a firearm he had disclosed he had in his possession.

The new footage of Reynolds' daughter was released by the Minnesota Bureau of Criminal Apprehension on Tuesday, when authorities also released dashcam footage of the shooting.

In the video, which starts after the shooting, Reynolds is sitting with her young daughter in the squad car. The daughter can be heard asking her mother not to curse.

"Mom, please stop saying cuss words and screaming, 'cause I don't want you to get shooted," Reynolds' daughter pleads.

Reynolds responds: "OK, give me a kiss. My phone just died, that's all."

Her daughter responds, "I can keep you safe."

Later in the video, Reynolds can be heard asking officers to remove her handcuffs, but her daughter pleads for her not to have them taken off.

"No, please don't, I don't want you to get shooted," her daughter said in the video, which was posted on the Minneapolis StarTribune's website. http://www.startribune.com/video-i-don-t-want-you-to-get-shooted-daughter-pleads-to-mother-moments-after-castile-shooting/429948923/

As the video of Reynolds and her daughter spread online on Thursday, many social media users and civil rights groups expressed shock and outrage.

"Devastating video of #DiamondReynolds and her daughter. Words no child should utter," The Martin Luther King Jr. Center for Nonviolent Social Change (@TheKingCenter) said on Twitter.

Individuals also weighed in: "Didn't think #PhilandoCastile story could get worse. Watched video of Diamond Reynolds' daughter trying to comfort her. This has to stop." Lori Dziurda (@LDZbranch)

(Reporting by Timothy Mclaughlin in Chicago; Editing by Dan Grebler)