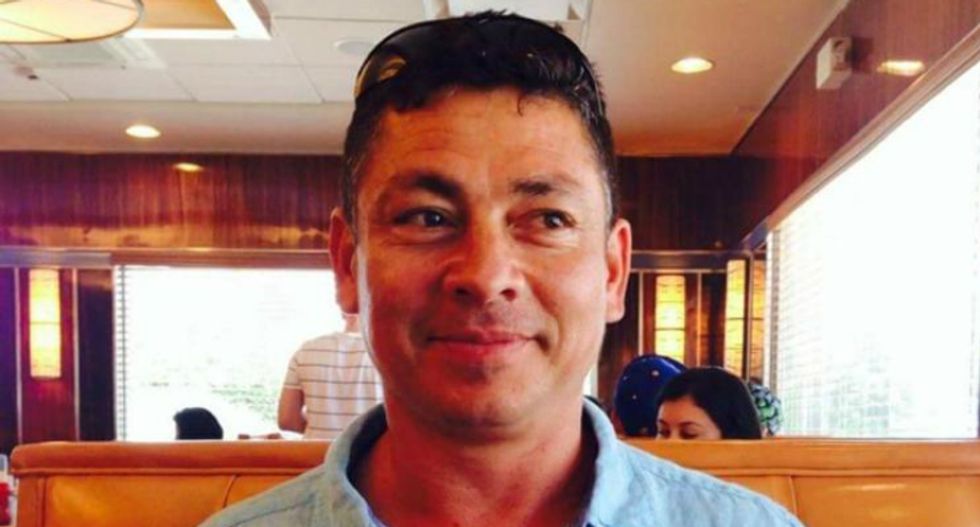 According to the New York Daily News, a Colombian immigrant who helped clear the rubble at the World Trade Center on September 11, 2001 is facing deportation for a 30-year-old drug bust.

Carlos Humberto Cardona, an undocumented man in Queens, New York, was one of the thousands of people who headed to Ground Zero after the attacks on the Twin Towers. He was also one of the more than 40,000 people rounded up by ICE agents for deportation during President Donald Trump's first 100 days in office.

The 48-year-old Cardona immigrated to the U.S. from Colombia in 1986 at age 17 to escape violence that killed his two police officer brothers. In 1990, he pleaded guilty to a minor offense while reportedly standing next to a friend who was selling drugs.

In 2000, a Brooklyn court issued an order for Cardona's removal, and despite an ICE arrest in 2011, has yet to be deported in part because of his role in the recovery at Ground Zero. He married his wife, Liliana, in 2013, and in 2014 filed for citizenship through his wife, who is a naturalized citizen. His lawyer is now fighting for the courts to push his citizenship application through before he is deported.

Liliana told the Daily News that her husband suffered adverse health effects after his recovery efforts at the World Trade Center.

“He inhaled fumes (at the World Trade Center site). His health ended up being affected. He has lung problems. He has gastrointestinal problems. He has psychological issues. He has a lot of anxiety,” she said.

Cardona was taken into ICE custody in February after a cursory check-in with immigration authorities, and is currently being held at a correctional facility in New Jersey.