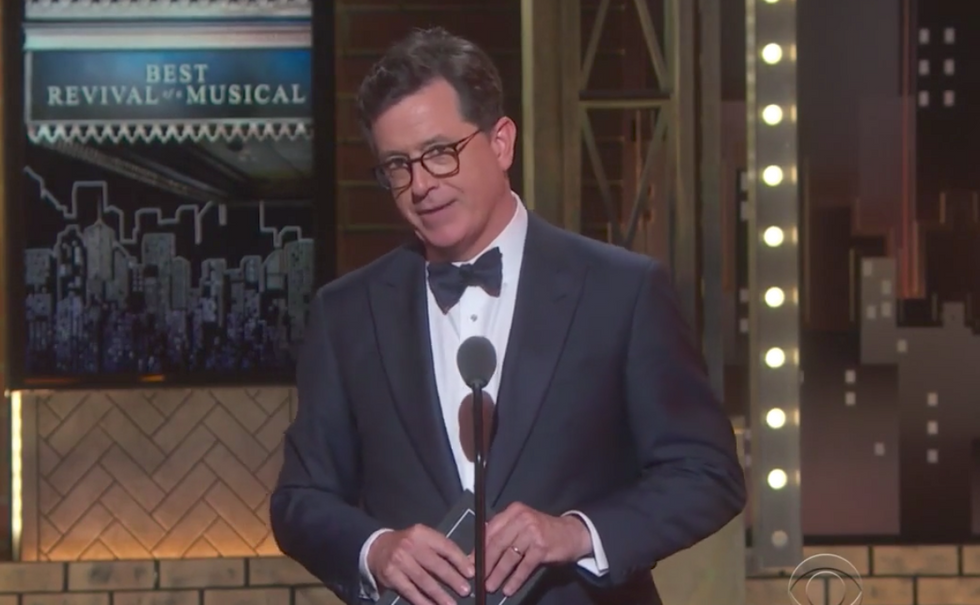 In an appearance at the 2017 Tony Awards, CBS "Late Night" host Stephen Colbert presented the award for Best Musical Revival and took the opportunity to fire off a shot at President Donald Trump's inept, chaotic administration.

“This has been a great year for revivals in general,” Colbert said, according to Mediaite. “Especially the one they revived down in Washington D.C.”

That show, Colbert said, had “huge production values,” but ran into problems like a “totally unbelievable” main character who required excessive amounts of time in “hair and makeup.”

“This D.C. production is supposed to have a four-year run, but the reviews have not been kind,” he quipped. “It could close early, but we don’t know. Best of luck to everyone involved.”