Jason Chaffetz: Trump is 'almost worse' than Obama -- and Jeff Sessions is 'worse' than Loretta Lynch 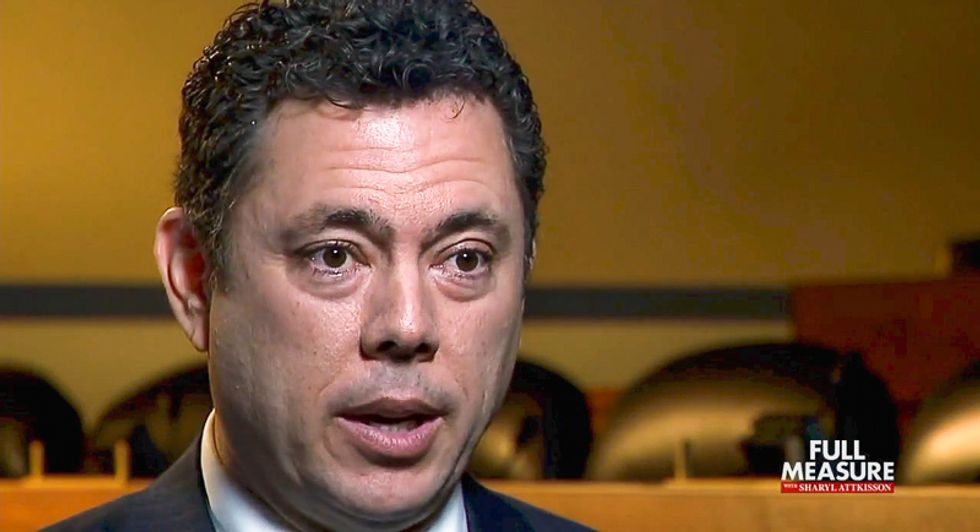 Outgoing Rep. Jason Chaffetz (R-UT) lashed out at the Trump administration recently for being "worse" than the Obama administration when it comes to transparency.

In an interview with Sinclair broadcasting's Sharyl Attkisson that aired on Sunday, the House Oversight Committee Chairman who spent millions crusading against Hillary Clinton explained why he was not hopeful about the government under President Donald Trump.

"In many ways, it's almost worse because we're getting nothing, and that's terribly frustrating and, with all due respect, the attorney general has not changed at all," he added. "I find him to be worse than what I saw with Loretta Lynch in terms of releasing documents and making things available. I just, that's my experience, and that's not what I expected."

Chaffetz, who abruptly announced plans to retire earlier this year, accused members of Congress of refusing to "play offense" against the executive branch.

"Congress doesn't stand up for itself. I think it's, it's really lost its way," he insisted. "Even getting people to come up and testify before Congress, the Obama administration at the end of their term, they got so brazen they stopped sending people up. They just didn't care. And, and there was no way to enforce that, and until that changes, uh, the legislative branch is going to get weaker and weaker."

Watch the video below from Full Measure, broadcast June 18, 2017.