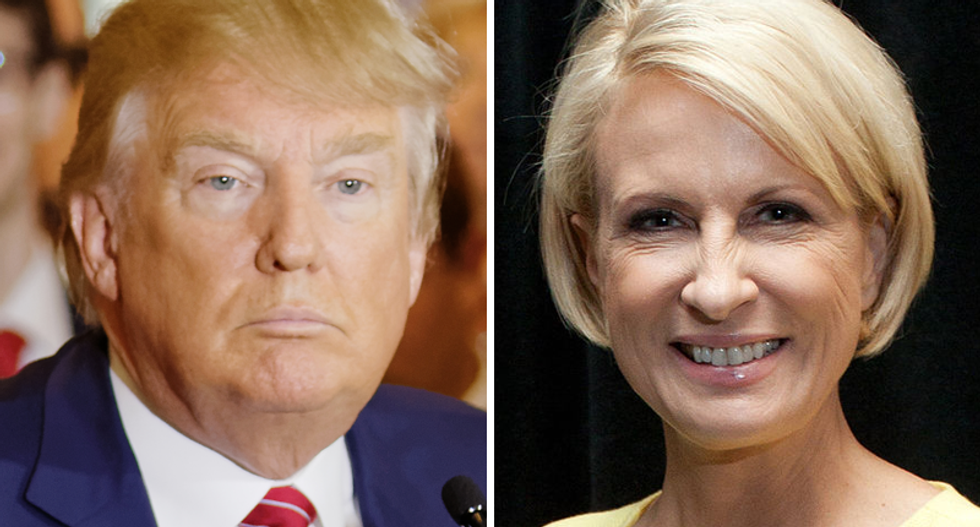 Donald Trump was so impressed by Mika Brzezinski’s cosmetic surgery, he repeatedly asked the MSNBC host for her doctor’s name, Vanity Fair reports.

In a new report on the incident, Joe Scarborough and Mika Brzezinski recall when they attended the infamous Mar-a-Lago News Year’s Eve party where Brzezinski was—according to Donald Trump’s much-maligned tweet—“bleeding badly from a face-lift.”

Brzezinski told Vanity Fair she divulged her surgery to Melania Trump during that party.

“The irony of it all is that Donald kept saying, ‘That’s incredible. You can’t even tell. Who did it? Who did it?’” Scarborough said. “He kept asking for the name of the doctor. He literally asked 10 times. ‘Is he down here? Who is he?’” Scarborough recalled.”

Friday, it was reported that Trump’s son-in-law Jared Kushner “warned” the co-hosts “many weeks ago,” that the National Enquirer would publish salacious material on them unless they groveled for the president’s intervention.