Karl Rove is done with Trump: He 'lacks the focus or self-discipline to do the basic work required of a president' 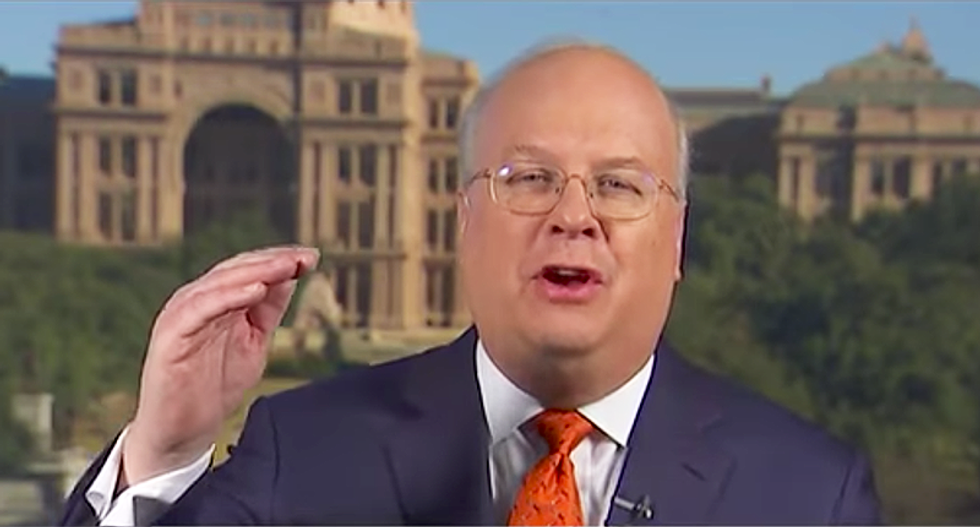 Republicans have been slow to come out against President Donald Trump but conservative strategist Karl Rove is done.

In a blistering op-ed in the Wall Street Journal, Rove said, "Trump lacks the focus or self-discipline to do the basic work required of a president."

Rove began explaining why Trump's tweeting doesn't remove the media barrier between Trump and the citizenry, it consistently undermines his administration and his political agenda. Citing Trump's tweets calling his executive order a "travel ban," Rove said the legal strategy defending the ban "lies in tatters."

He went on to say that Trump's tweets that followed were "even more hazardous."

“We are EXTREME VETTING people coming into the U.S.,” Trump wrote.

"The second executive order says its rationale for suspending visas for 90 days was that conditions in the six nations 'present heightened threats,'" Rove explained. "The Department of Homeland Security was given 20 days to 'conduct a worldwide review' and determine what 'additional information will be needed' to vet visitors properly. Those countries would then have 50 days to 'begin providing' the requested information. If any refused, no visas would be issued for their citizens to enter the U.S."

Rove said that the 90-day timeline died Monday, and along with it went Trump's credibility for the executive order.

"Trump insists that 'extreme vetting' is already taking place. So why is his administration still seeking judicial approval to halt visas temporarily for these six countries?" Rove wondered.

Government lawyers are wasting their breath defending an executive order that the president thinks isn't even needed.

While Trump can reach his supporters directly on Twitter, his inability to fact-check has left him in a position where there are "considerable doubts Americans have about his competence and trustworthiness," Rove wrote.

"Increasingly it appears Mr. Trump lacks the focus or self-discipline to do the basic work required of a president," he closed. "His chronic impulsiveness is apparently unstoppable and clearly self-defeating. Mr. Trump may have mastered the modes of communication, but not the substance, thereby sabotaging his own agenda."

Read the full op-ed at the Wall Street Journal.