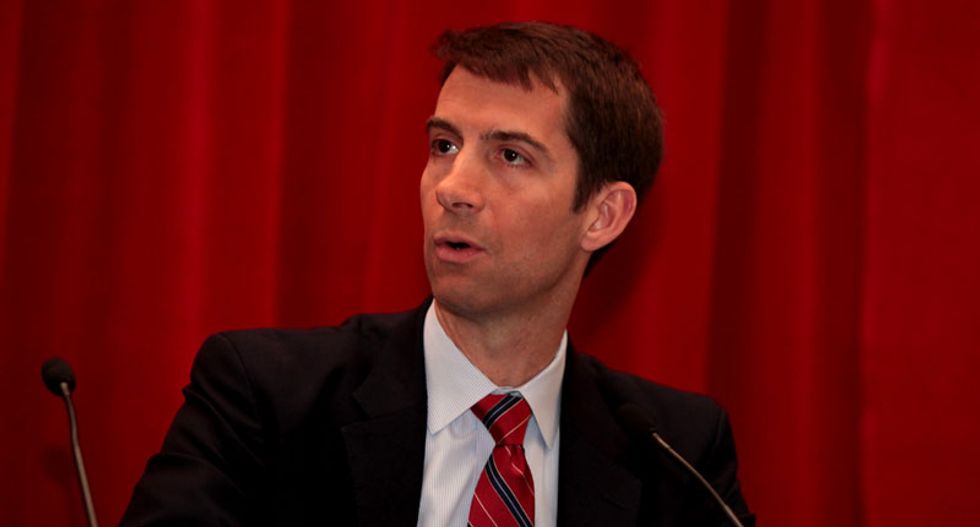 Speaker of the House Paul Ryan was repeatedly labeled as a 'c*ck' by an intern for Senator Tom Cotton (R-Ark).

Mediate's Caleb Ecarma posted an audio recording of an intern only identified as "Nate" spouting shocking views about immigration and the Republican Speaker.

"The term 'c*ck' originated in political spaces during 2015, as white nationalists and the far-right began calling Republicans they deemed too moderate 'c*ckservatives,'” Mediate explained.

“Am I a bigot? I guess damn so!” Nate confessed.

The office of Senator Tom Cotton either failed at vetting the staffer or condones his bigotry as the intern, "repeatedly said 'f*g' and 'f*ggot' and used 'gay' as a derogatory term on his public Twitter page before being hired. These Twitter rants also include the use of the slur 'tranny.'”

"Americans are the superior race to everyone in the world ... we’re superior people,” the intern claimed, while referring to the British "f*ggots."

"Ryan has been deemed a 'c*ck' from white nationalist leader Richard Spencer, neo-Nazi websites The Daily Stormer and Stormfront and alt-right pundit Mike Cernovich," Mediate listed. "Ryan even received the title “C*ck of The Year For 2016” by the Reddit page President Trump used to host an online town hall event."