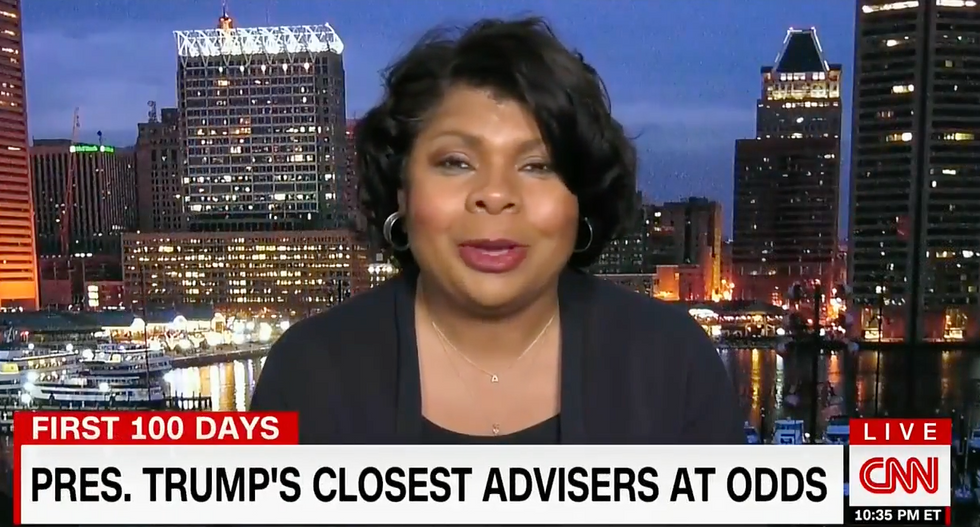 CNN’s April Ryan on Monday described “mass hysteria” in the White House over concerns the president is considering terminating special counsel Robert Mueller, who was appointed by Deputy Attorney Rod Rosenstein to oversee the Russia investigation.

“Is there any way he’d actually do it, April?” CNN host Erin Burnett asked Ryan.

Ryan told Burnett she did not know, but offered “insight from within the West Wing right now.”

“One of my sources reached out to me right before went on air and they said there’s mass hysteria in the West Wing about this,” Ryan explained “We don’t know if it’s going to happen or if it won’t happen, but what we do know: if indeed the president does fire Mueller, it shows that he’s impeding the process again.”

Ryan argued Mueller must be allowed to carry on his investigation “because of what [Trump] did with Comey,” referring to the president’s decision to fire the former FBI director over the Russia investigation.

Ryan noted if Trump decided to fire Mueller, it would be a “big problem for him politically.”