Putin: People who blame Russia for election hacks are like anti-Semites who blame everything on Jews 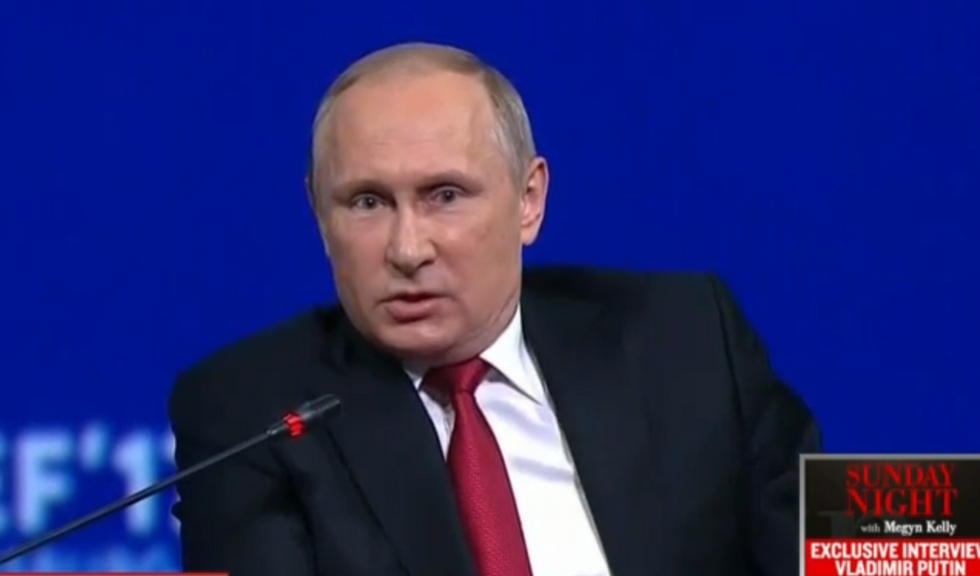 Russian President Vladimir Putin on Friday lashed out at critics who are accusing his country of trying to interfere in the 2016 American presidential election by likening them to anti-Semites.

During an interview in St. Petersburg on Friday, NBC's Megyn Kelly pointed out that all of the digital fingerprints on the hacks in the 2016 election indicated Russian involvement -- but Putin grinned and dismissed it all as an elaborate hoax.

"What fingerprints, or hooves prints, or horn prints?" he said. "IP addresses can be invented. There are many specialists that can invent or fix it up."

Putin then said Democratic supporters of Hillary Clinton were behaving like anti-Semites by blaming Russia for the 2016 election outcome.

"It's easier to say, 'It's not our fault, it's all -- it's the Russians, they intervened. they interfered,'" he said. "It's like anti-Semitism -- the Jews are to blame.... You know what such moods lead to -- they would not end up with [anything] good."

Although Putin has never admitted that government-backed hackers broke into the Democratic National Committee's email server, he did acknowledge this week that "patriotic" Russian hackers acting on their own accord might have been responsible.